"I Perform Best When I Am Calm": Shikhar Dhawan

Shikhar Dhawan added 193 runs for the opening wicket with Rohit Sharma in the 4th ODI in Mohali. 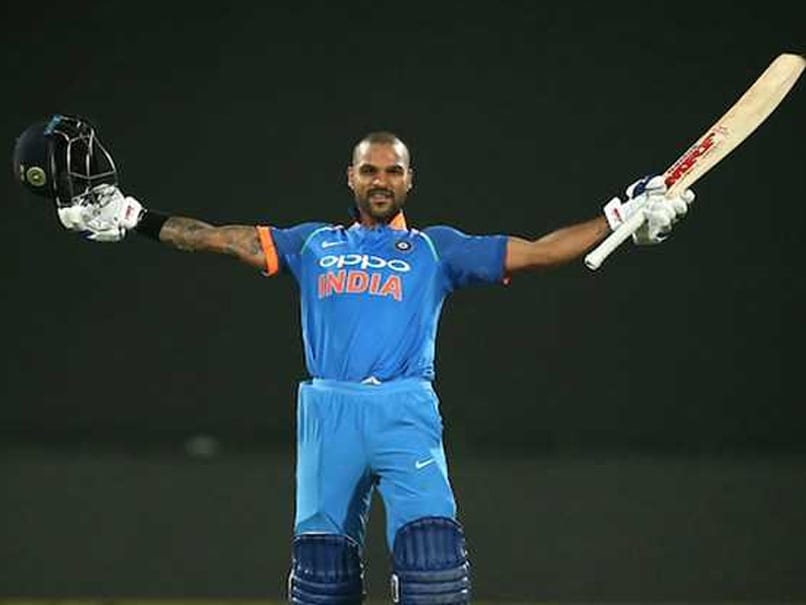 Shikhar Dhawan hit his career-best score of 143 runs against Australia in Mohali on Sunday.© BCCI

India batsman Shikhar Dhawan on Sunday struck his career-best score of 143 runs against Australia in the fourth One-day International (ODI) in Mohali that India lost by four wickets. Dhawan added 193 runs for the opening wicket with Rohit Sharma, thereby scoring his 16th ODI century, the third against Australia. Dhawan's century came after 17 matches. His innings included 18 fours and 3 sixes. Dhawan believes he gives his best when he is calm and moves on quickly when he feels hurt. The 33-year-old left-hander has been India's go-to man in ICCevents as he was the leading run-getter in both the previous ICC Champions Trophy held in England where he scored 363 runs from 5 matches in 2013 and 338 runs from as many matches in 2017.

"I perform best when I am calm. There's no point in cribbing or being sad," said Dhawan.

"When I feel hurt, I move on quickly. And I don't really know what people are writing. I make sure that I am in a positive frame of mind and keep doing my process," he added.

Asked how he reacts to criticism, the happy-go-lucky cricketer said living in his own bubble helps him keep it calm in the mind.

"First of all, I don't read newspapers and I don't take information which I don't want to. So I don't know what's happening around me and I live in my own world. So, I decide in which direction my thoughts are going," said Dhawan after the match.

Process is a word that almost every Indian cricketer refers to often and mostly without explaining the specifics.

When Dhawan was asked to elaborate his idea of a process, he said: "When I talk to myself, I make sure that I cut down negative thoughts that can creep in.

"I accept the reality and move on. I don't resist something that's happening. If it's going good, then it's good." For the batsman, who has amassed more than five thousand runs in ODIs, there are three things that are paramount.

"If I am doing all my skill work, taking care of my fitness and having the right mindset, then I just sit back and enjoy," said Dhawan, who has been India's key player in all the recent multi-nation tournaments.

Dhawan offered a sympathetic view on his junior statemate Rishabh Pant, who had a terrible day behind the stumps. The youngster, who replaced Mahendra Singh Dhoni for the last two games, was shoddy with his glovework and also missed an easy stumping chance.

"Like any other young bloke, you have to give him time too. I mean Dhoni bhai has played so many games and for how many years. You simply can't compare.

"Yes, had he effected the stumping, may be the game could have changed but then it slipped quickly out of our hands and for that, dew played a big role. That's what it was," he signed off.

Australia Cricket Team India vs Australia, 2018/19 Cricket
Get the latest updates on IND vs NZ 2021, check out the Schedule and Live Score . Like us on Facebook or follow us on Twitter for more sports updates. You can also download the NDTV Cricket app for Android or iOS.