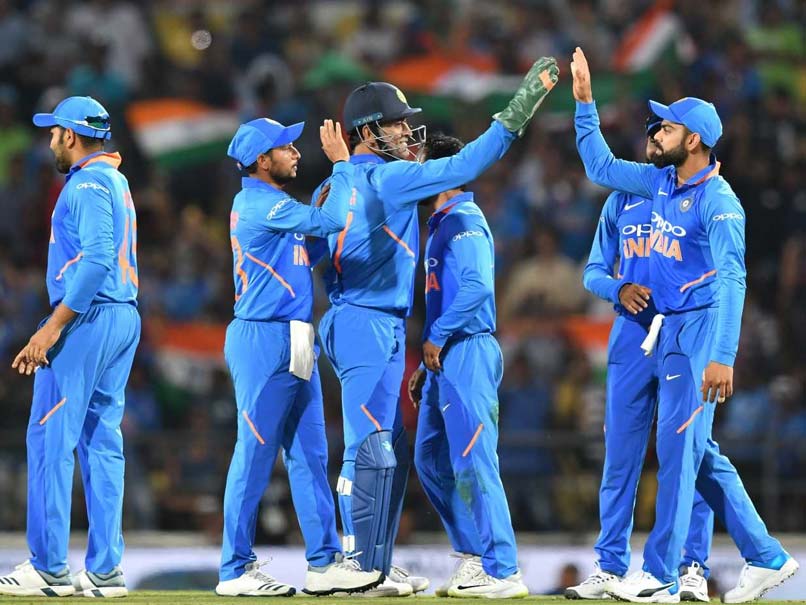 Virat Kohli scored an effortless century to help India post a competitive total of 250 runs after being asked to bat by Australia in Nagpur One-Day International (ODI). But it was also the combined efforts of his pace trio Jasprit Bumrah, Mohammed Shami and Vijay Shankar which helped the hosts clinch victory by a narrow margin and take an upper hand in the series. The pace trio displayed resilient effort at the death to bowl out Australia for 242 runs and skipper Kohli revealed his plan with deputy skipper Rohit Sharma and veteran MS Dhoni that worked for Team India.

Kohli applauded Vijay Shankar for his disciplined bowling in the final over and said, "he showed great composure". The skipper also said Rohit and Dhoni watch the game very closely.

"I was thinking about the 46th over (to go with Kedar/Shankar). I was talking with both of them (Rohit and Dhoni). If they (Bumrah and Shami) take wickets, we'll be right in the game and that's exactly what happened.

"He (Shankar) just put the ball in the right areas. He showed great composure with both bat and the ball; a good game for him. Both are experienced, it's always nice to speak them.

"Rohit is the vice-captain and MS has been there for a long time. These guys watch the game so keenly."

India will host Australia in the third ODI on Friday at the JSCA International Stadium Complex in Ranchi.

The final two ODIs will be played in Mohali and Delhi respectively.