Hardik Pandya and KL Rahul were axed ahead of India's opening one-day international against Australia in Sydney on Saturday. 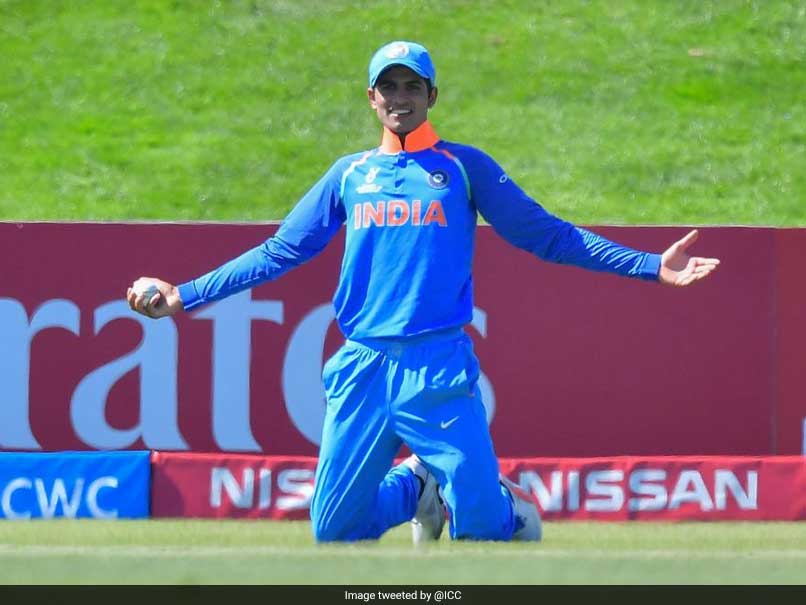 Shubman Gill is yet to make his international debut.© Twitter: ICC

The Board of Control for Cricket in India (BCCI), on Sunday, called up all-rounder Vijay Shankar and batsman Shubman Gill for Team India's Australia and New Zealand tours after KL Rahul and Hardik Pandya were ordered to go back home in disgrace over comments made about women on a TV chat show. Rahul and Pandya were axed ahead of India's opening one-day international against Australia in Sydney on Saturday, which the tourists lost bu 34 runs, pending an investigation into the comments made on a TV celebrity show. "With KL Rahul and Hardik Pandya set to return from Australia, the All-India Senior Selection Committee has decided to send all-rounder Vijay Shankar & batsman Shubman Gill as replacements," the BCCI said in a release.

"Vijay Shankar will join the team before the start of the 2nd ODI in Adelaide," the BCCI said, referring to the second match of the three-ODI series.

Gill is yet to make his international debut while Shankar has just five T20I caps to his name.

Gill is a middle-order batsman who was the Player of the Tournament for India during the ICC Under 19 Cricket World Cup 2018. His Ranji Trophy form has been stunning, with his average for the season standing at 103, while he has an average of 47.72 from 37 List A games.

Pandya had bragged about his success with women and made other sexual remarks during an Indian celebrity chat show broadcast last week just as India were celebrating their historic first Test series win in Australia.

Rahul was also on the programme and watched his teammate's antics, which sparked outrage on social media and condemnation from skipper Virat Kohli who made clear the comments did not reflect the culture within the squad.

Both players, who have apologised, have been suspended "from playing any form of cricket" pending an enquiry for misconduct and indiscipline.

With Pandya and Rahul missing, India crashed to a 34-run defeat in Sydney on Saturday despite a explosive century from Rohit Sharma.

The next game in the three-match series is a day-night contest in Adelaide on Tuesday.

Australia Cricket Team Australia vs India 2018/19 New Zealand vs India
Get the latest updates on IND vs NZ 2021, check out the Schedule and Live Score . Like us on Facebook or follow us on Twitter for more sports updates. You can also download the NDTV Cricket app for Android or iOS.