Rohit Sharma's daughter Samaira was born on December 31 when her father was in Australia. 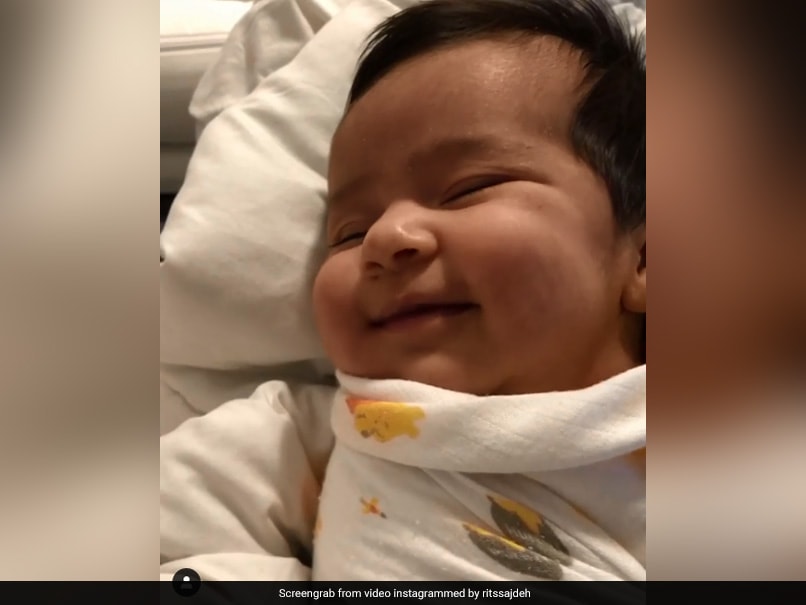 Rohit Sharma became the father of a baby girl on December 31.© Instagram

Rohit Sharma's wife Ritika Sajdeh shared a video of their new-born daughter Samaira smiling on Instagram and the fans showered love on the adorable kid on Tuesday. While many users admired the "cute smile", a few claimed that her smiling face looks similar to India vice-captain Rohit Sharma. Having tied the knot with Ritika in December 2015, Rohit became the proud father of a girl on December 31. Then, he was on the tour of Australia, where India registered their first-ever Test and bilateral One-day International (ODI) series wins.

Rohit returned from Australia to Mumbai to attend to his wife Ritika Sajdeh and the child after her birth. He re-joined the Indian squad on January 8 for a three match ODI series that India won 2-1.

Earlier, the Indian opener had shared the first glimpse of the new-born baby. Along with the photograph, he wrote, "Well hello world! Let's all have a great 2019."

The photograph created a stir on social media, with the tweet garnering over 1.5k comments and 37k likes in a matter of two hours.

Even though India lost the three-match T20I series in New Zealand 1-2, the stand-in skipper picked up some "positives and mistakes" from the tough tour to move ahead.

India were eyeing a first-ever T20I series win in New Zealand following a 4-1 triumph in the five-match ODI series.

Up next, India will host Australia for five ODIs and two T20Is, starting February 24.

Rohit Sharma New Zealand vs India Cricket
Get the latest updates on IPL Auction 2023 and check out  IPL 2023 and Live Cricket Score. Like us on Facebook or follow us on Twitter for more sports updates. You can also download the NDTV Cricket app for Android or iOS.