Rohit Sharma's daughter was born last week. He flew back to Mumbai from Australia and is expected to join the Indian ODI squad on December 8. 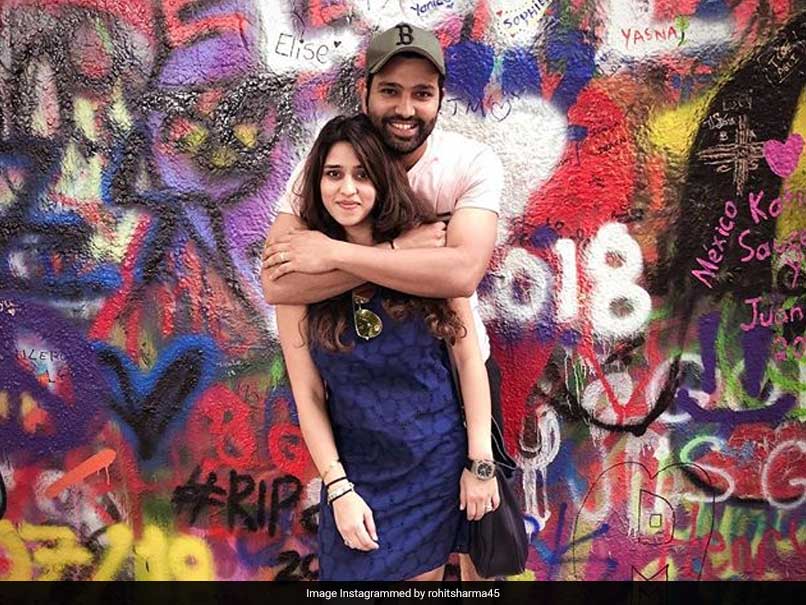 Rohit Sharma flew back to Mumbai from Australia as his wife Ritika Sajdeh had delivered a baby girl last week. The Indian ODI specialist, who had to miss the fourth Test vs Australia in Sydney, took to Twitter on Wednesday to share the first glimpse of the newborn baby. Along with the photograph, he wrote, "Well hello world! Let's all have a great 2019." The post obviously created a stir on social media, with the tweet garnering over 1.5k comments and 37k likes in a matter of two hours.

According to a Board of Control for Cricket in India (BCCI) statement, the Indian batsman will join the squad on January 8, when the team begins its preparation for the One-day International (ODI) series starting on January 12. The two other ODIs will be played on January 15 and 18. Sharma, who was recently included in the Indian Test set-up, has enjoyed average outings in Adelaide and Melbourne, after missing out on the second Test in Perth due to injury.

Recently, Sharma took to Instagram to apologise to wife Ritika Sajdeh for being away on her birthday. Ritika had turned 31 on December 21. Sharma had shared an old photograph with Ritika and wrote, "Happy birthday my other half. Apologies for not being there, thought I'll share this inflight celebration of your birthday last year @ritssajdeh."

Rohit and Ritika had got married in December 2015.

Rohit Sharma Australia vs India 2018/19 Cricket
Get the latest updates on Fifa Worldcup 2022 and check out  Fifa World Cup Schedule, Stats and Live Cricket Score. Like us on Facebook or follow us on Twitter for more sports updates. You can also download the NDTV Cricket app for Android or iOS.