Rohit Sharma is now the leading T20I run-scorer in the world, as he passed Martin Guptill of New Zealand. 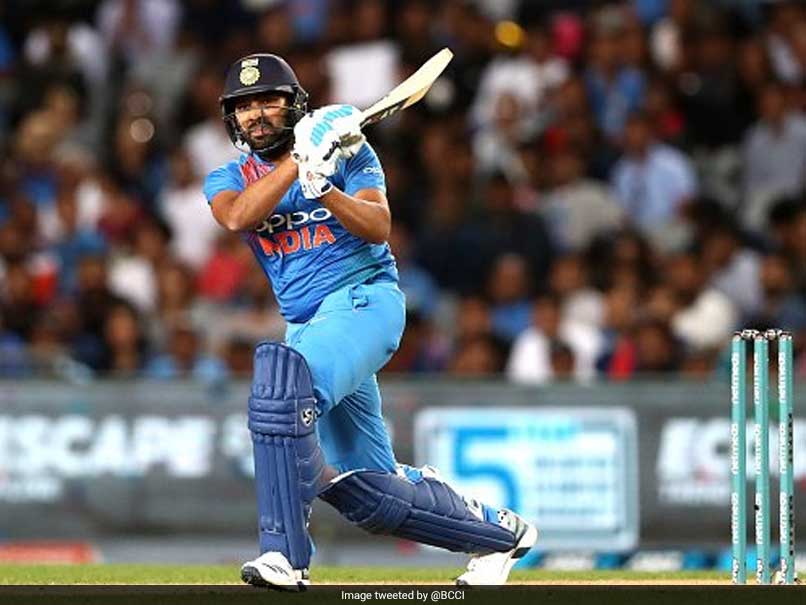 Rohit Sharma was on a record-breaking spree during the second Twenty20 International (T20I) between India and New Zealand in Auckland on Friday. Rohit Sharma, with 2,288 runs, overtook New Zealand batsman Martin Guptill, who has 2,272 runs, to become the leading run-scorer in the shortest format of the game and broke several other records during his knock at Eden Park. With 20 fifty-plus scores in T20Is, Rohit Sharma now also holds the record for most such scores in T20Is. His fifty in the second T20I helped him go past Virat Kohli, who has 19.

Only two cricketers have hit more T20I sixes than Rohit Sharma. He has 102 sixes now while Chris Gayle and Guptill both have 103.

Rohit Sharma is now in fourth place on the list of most sixes in international cricket. He has 349. Only Shahid Afridi and Gayle (476), Brendon McCullum (398) and Sanath Jayasuriya (352) have hit more.

Although Rohit was dismissed for a 29-ball fifty at Auckland, he made quite an impact before he got out in India's chase of 159 to level the T20I series. He came out like a man on a mission to set the platform and that is what he did courtesy of his record-breaking knock.

Rohit has another shot at history as he has an opportunity to become the first India captain to win a T20I series in New Zealand.

Before the ongoing three-match series, India played only one bilateral series in the shortest format of the game in New Zealand.

Rohit Sharma New Zealand vs India Cricket New Zealand vs India, 2nd T20I
Get the latest updates on Fifa Worldcup 2022 and check out  Fifa World Cup Schedule, Stats and Live Cricket Score. Like us on Facebook or follow us on Twitter for more sports updates. You can also download the NDTV Cricket app for Android or iOS.