Ravi Shastri was all praise for Virat Kohli and called him "absolutely special". 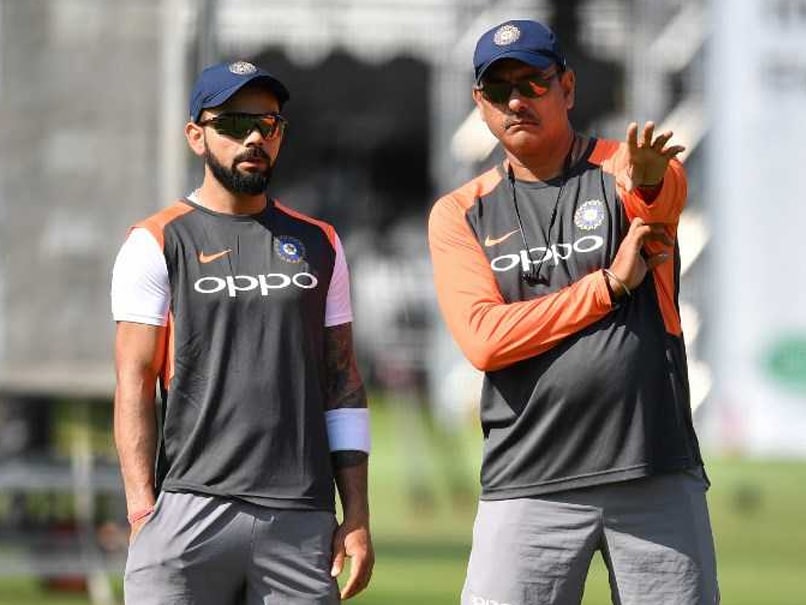 Virat Kohli is currently the unrivalled king of cricket. The Indian skipper recently scripted history by becoming the first player to win the Sir Garfield Sobers Trophy for the ICC Cricketer of the Year, as well as the ICC Men's Test Player of the Year and the ICC ODI Player of the Year awards. Not just with the bat, Kohli has been dynamic with his captaincy, leading India to their first-ever Test series win on Australian soil followed by ODI series victories against Australia and New Zealand. Ravi Shastri has made it amply clear in the past that he is arguably Kohli's biggest fan and the India coach again paid the Indian captain a huge compliment by comparing him to West India great Viv Richards and Pakistan's legendary captain Imran Khan.

Calling, Kohli "absolutely special", Shastri said that the Indian run-machine is the closest he is seen to the great Viv Richards.

"Here is a guy who is as dominant as Sir Vivian Richards. The closest I have seen to the great man. Virat is in your face, he wants to dominate and has a work ethic like no one else. Whether it comes to discipline, training, sacrifice or self-denial, it is unbelievable," Shastri was quoted as saying by Cricbuzz website.

Shastri was also effusive in his praise for Virat Kohli's captaincy and said it reminded him of Imran Khan.

"I think India is lucky to have a leader of that sort. He reminds me of Imran Khan in many ways - in the way he sets the example and sets the standards, and goes about defining it in his own way and leading from the front," said Shastri.

"Virat is special, absolutely special, for someone to get runs in dominant fashion in South Africa, in Australia and in England."

Virat Kohli was also named captain of ICC's Test and ODI teams of 2018 for a fabulous run in international cricket.

Virat Kohli was rested for the final two ODIs of the five-match series against New Zealand and will not be part of the three-T20 internationals as well.

Virat Kohli Ravi Shastri Isaac Vivian Alexander Richards Imran Khan Cricket
Get the latest updates on IND vs NZ 2021, check out the Schedule and Live Score . Like us on Facebook or follow us on Twitter for more sports updates. You can also download the NDTV Cricket app for Android or iOS.