India have accumulated 122 points on the back of series wins over Australia and New Zealand and are placed behind England. 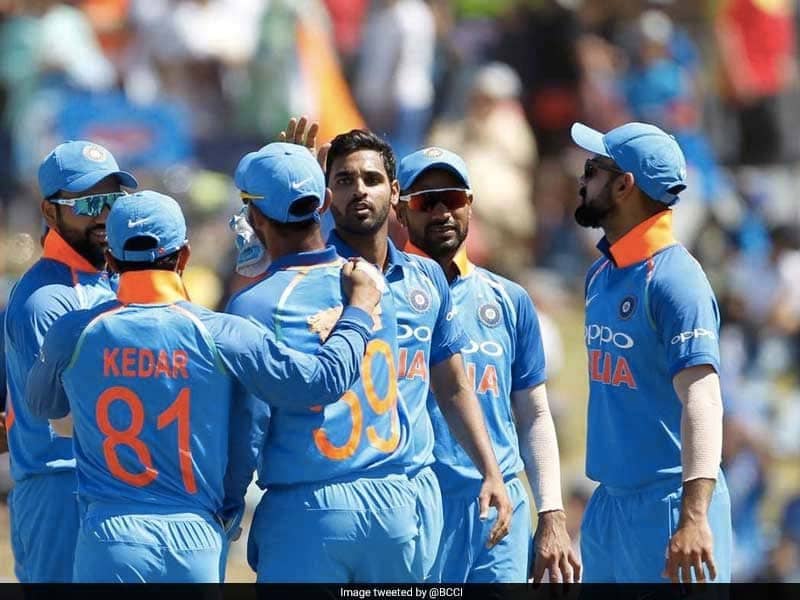 India are right behind England in the rankings.© Twitter/File Photo

India's stellar run in Australia and New Zealand is now reaping dividends. The Indian cricket team has now grabbed the second spot in the ICC One-day International (ODI) rankings in which captain Virat Kohli and Jasprit Bumrah have continued to top the respective charts for batsmen and bowlers. India have accumulated 122 points on the back of series wins over Australia and New Zealand and are placed behind England (126) in the fresh list, the ICC said in a statement.

Mahendra Singh Dhoni also moved up owing to a strong showing against Australia last month, which fetched him the player of the series award. Dhoni has moved up three places to 17th position in the batting list for a run, which included three consecutive half-centuries against Australia. New Zealand fast bowler Trent Boult surged to third in the rankings for bowlers after finishing with 12 wickets in the series against India, which culminated in Wellington on Sunday with a 4-1 victory for the visiting side.

The 29-year-old left-armer, who swung the ball prodigiously to claim five for 21 and helped New Zealand to a win in the fourth match, has moved up seven places, the International Cricket Council said in a statement.

Boult topped the rankings in January 2016, and is again on his way up, with only Bumrah and Afghanistan leg-spinner Rashid Khan ahead of him. India leg-spinner Yuzvendra Chahal (up one place to fifth) and fast bowler Bhuvneshwar Kumar (up six places to 17th) are among others to move up in the latest rankings.

The latest update also takes into account India's preceding three-match series against Australia, the five-match series between South Africa and Pakistan, and the three matches between the United Arab Emirates and Nepal.

Kedar Jadhav (up eight places to 35th) is another one to advance for India in the list led by Kohli.

For South Africa, Quinton de Kock (up one place to eighth), Hashim Amla (up three places to 13th) and Reeza Hendricks (up 36 places to 94th) have moved up among batsmen while Andile Phehlukwayo's eight wickets have seen him gain 13 places and reach 19th position and Dwaine Pretorious has moved up from 53rd to 44th slot.

In team Rankings, New Zealand have slipped behind South Africa to fourth place. Nepal now have a full ranking after crossing the threshold of eight matches and are now tied with the UAE at 15 points with their 2-1 win but marginally behind on decimals.

Jasprit Bumrah Cricket International Cricket Council
Get the latest updates on IPL 2021, IPL Points Table , IPL Schedule 2021 , live score . Like us on Facebook or follow us on Twitter for more sports updates. You can also download the NDTV Cricket app for Android or iOS.