The Indian cricket team wore special camouflage caps during the 3rd ODI against Australia at Ranchi on Friday. 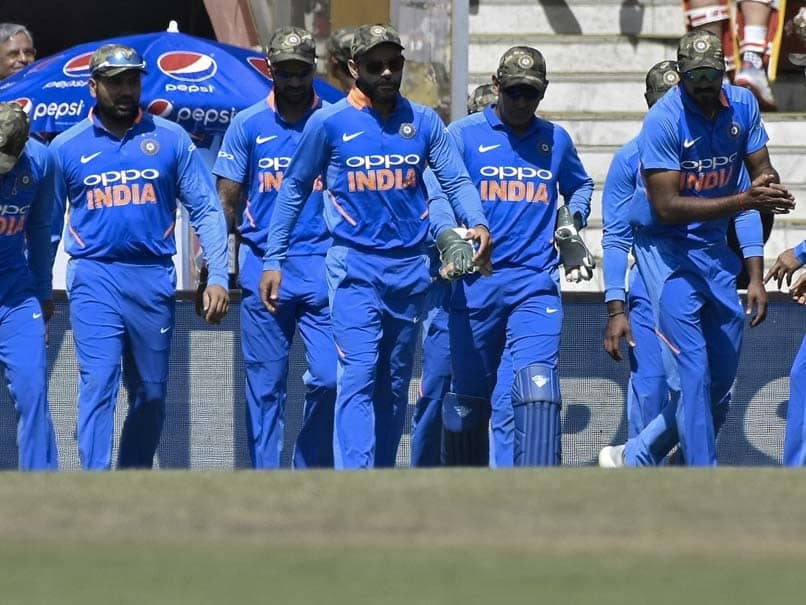 Pakistan Cricket Board (PCB) chairman Ehsan Mani has urged the International Cricket Council (ICC) to take "strong action" against India for wearing special camouflage caps as mark of tribute to the soldiers killed in the Pulwama terrorist attack last month. The Indian cricket team wore the army caps, bearing the Board of Control for Cricket in India (BCCI) logo, during the third One-day International (ODI) against Australia in Ranchi on Friday. PCB Chairman Ehsan Mani, speaking to reporters, asked the ICC to take "strong action" against India, saying "we believe that cricket and sports should not be used for politics".

"We believe that cricket and sports should not be used for politics and we have said this very clearly," he said. "Their (India) credibility in the cricketing world has gone down very badly," Reuters quoted Ehsan Mani as saying in Karachi late on Sunday.

Mani said the ICC had in the past acted against England all-rounder Moeen Ali and South Africa leg-spinner Imran Tahir for breaching ICC clothing and equipment regulations to make political statements.

"The ICC had taken strong action against them and we have sought similar action against India," he added. "The permission they took was for a different purpose but they acted differently.

"We have been in touch with ICC from day one, sent one letter already and another is being followed up in next 12 hours. There should not be any ambiguity as we are taking this very strongly."

According to reports, the move to wear the caps was proposed by former India captain MS Dhoni, an honorary lieutenant-colonel with the Territorial Army, who distributed them to the team before start of the match.

Reports in the Indian media also said that the BCCI had already sought permission from the world governing body before Friday's match. The reports also said the ICC had confirmed the caps were allowed as part of a charity fundraising effort.

Speaking about India's decision to wear the army caps, India captain Virat Kohli had said: "This is a special cap, it's a tribute to the armed forces".

Virat Kohli India vs Australia, 2018/19 Cricket
Get the latest updates on IPL 2021, IPL Points Table , IPL Schedule 2021 , live score . Like us on Facebook or follow us on Twitter for more sports updates. You can also download the NDTV Cricket app for Android or iOS.