Imran Tahir had made his ODI debut in 2011 and has played 95 matches for South Africa so far. 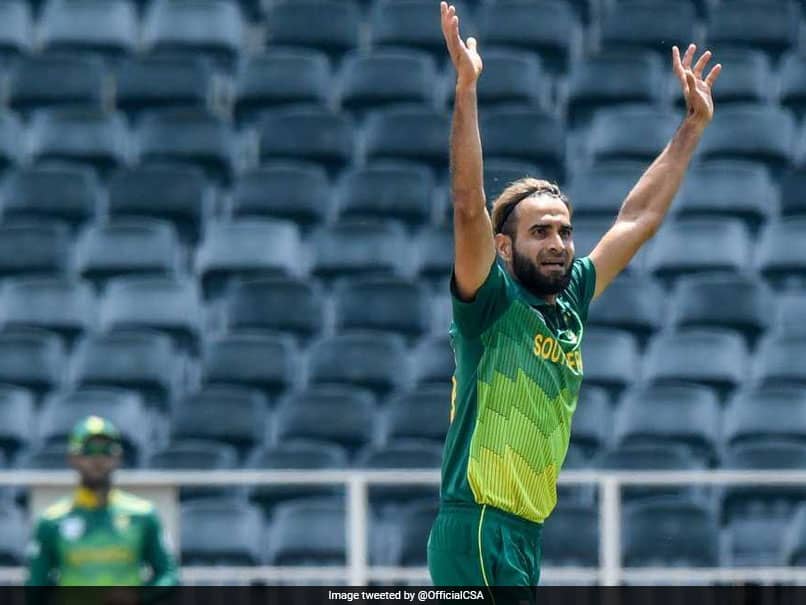 Premier South African spinner Imran Tahir will retire from One-day Internationals (ODIs) after the Cricket World Cup 2019, Cricket South Africa announced on their official Twitter handle on Monday. However, the leg-spinner will be available to be picked up for the Twenty20 Internationals (T20Is). According to Cricket South Africa, Tahir wants to open up more opportunities for young spinners after his retirement from ODI cricket.

"The 2019 ICC Cricket World Cup will be @ImranTahirSA's final ODI appearance. The 39-year-old will still be available for T20I but wants open up more opportunities for spinners in ODI cricket," Cricket South Africa tweeted.

In a statement released by CSA, Tahir said he would re-assess his freelance future after the World Cup.

Tahir said retiring from one-day internationals was a difficult decision. "I would love to play for as long as I can," he said, "but there is a stage in your life where you have to make big decisions."

He said, though, that he would like to play for South Africa in the 2020 ICC T20 World Cup in Australia.

The 39-year-old made his ODI debut against the Windies in Delhi, 2011. He then went on to play 95 matches for his national team, scalping 156 wickets at an average of 24.56. He also holds a decent economy rate of 4.65 and holds three five-wicket hauls in this format.

Imran Tahir Cricket
Get the latest updates on India vs Australia Series, check out the India vs Australia Schedule for 2020-21 and Ind vs Aus live score . Like us on Facebook or follow us on Twitter for more sports updates. You can also download the NDTV Cricket app for Android or iOS.