The IPL 2017 player auction will take place in Bengaluru on Monday, February 20, with 351 players set to go under the hammer. 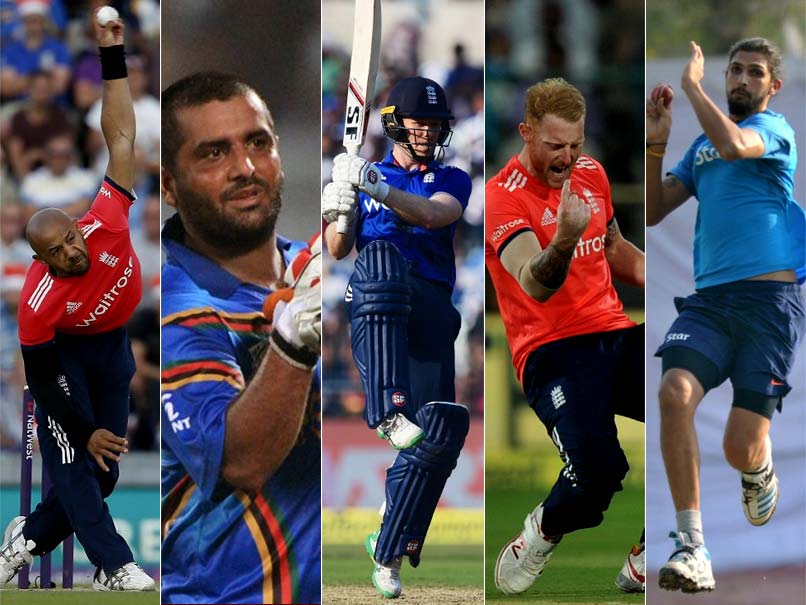 IPL 2017 Auction: Five players that could start a bidding war between the teams.© AFP

The much-awaited IPL 2017 player auction is around the corner with some big names from the world of cricket set to go under the hammer. There are many established stars as well as some new faces that will be garnering interest from various IPL teams. Many English stars are available in the auction and surely will be hot property following their performance in the recently-concluded limited overs series against India. Also, in a historic first, the BCCI has included five Afghanistan cricketers including hard-hitting wicketkeeper-batsman Mohammad Shahzad.

We take a look at five players who could start a bidding war for their signatures between the IPL teams:

As mentioned earlier, many English stars will be up for sale in the IPL 2017 player auction and arguably the biggest of them goes by the name of Ben Stokes. The all-rounder showcased his hitting prowess as well as his bowling skills in the ODI and T20I series against India.

Stokes was the eighth highest run-getter in the ODI series, scoring 120 runs at an average of 60. But the standout stat is that the Englishman's strike rate of 146.34 was the highest among the top 10. Stokes was also the fourth highest wicket-taker in the series with five scalps to his name in the three matches -- more wickets than the likes of Ravindra Jadeja and Ravichandran Ashwin.

Stokes didn't have such a good time in the T20I series, scoring 46 runs in the three matches at a strike rate of 117.94. However, the likes of Virat Kohli too failed in the T20 series so Stokes can be forgiven for not setting the series alight.

At a base price of Rs. 2 crore, the Englishman doesn't come cheap but his skills both with the bat and ball could prove to be invaluable to the team that buys him.

Ishant Sharma is the only Indian cricketer who has been put in the base price bracket of Rs. 2 crore. The lanky pacer was bought by MS Dhoni-led Rising Pune Supergiants for Rs 3.8 crore but was released along with 10 other players.

However, if his sensational spell of bowling in the one-off Test against Bangladesh is anything to go by then Ishant could be a potent weapon in the IPL 2017. Having played for the Kolkata Knight Riders, Deccan Chargers, Sunrisers Hyderabad and Rising Pune Supergiants in the previous editions, Ishant brings with him bags of experience in the IPL that could be crucial to his cause.

Ishant has played 14 T20Is for India, taking eight wickets at an economy rate of 8.63. Ishant had a poor outing with the Supergiants last season, playing just four matches and picking three wickets at an economy rate of 9.86. His overall IPL stats make for a much better reading. He has played 70 IPL matches and has taken 59 wickets with a best of 5 for 12.

Tymal Mills came in as the X-factor to the England side in the recent T20I series in India and didn't disappoint. He met not have set the stage alight but his skills at the death certainly caught the eye.

Mills has the ability to bowl at 90 plus mph and beat batsmen for pace upfront but his real weapon is the slower delivery. The left-armer bamboozled many Indian batsmen with his back-of-the-hand slower balls in the death which were hard to pick and even harder to hit.

The English pacer might have taken just three wickets in the T20 series against India but an economy rate of 7.83, while bowling mostly at the death, is invaluable to any team. The left-armer has an overall economy of 7.28 in the death overs -- second in the world of cricket only to Bangladesh sensation Mustafizur Rahman.

He is available at Rs 50 lakh, and would be a steal for any team. Surely, there will be a bidding war between the teams to get his services.

If anyone was ever in any doubt about the batting skills of England's limited-overs captain Eoin Morgan, they just need to take a replay of the second ODI between India and England. The English might have lost that match but Morgan's century blitz didn't go unnoticed. Such clean, crisp hitting was seen by a visiting batsman after a long time.

He ended the ODI series as the fifth highest run-getter, only 12 runs behind India's run machine Virat Kohli but a better strike rate than that of the Indian skipper.

Morgan was the second highest run-getter in the T20 series with 108 runs in three matches at a strike rate of 131.70.

The English captain is in the Rs. 2 crore bracket but some IPL teams could do with his hitting skills in their middle order.

Yes, you read right. Mohammad Shahzad, Afghanistan's star wicket-keeper batsman, will go under the hammer. It can be safely assumed that at least Shahzad with a base price of Rs 50 lakh would not have been kept in the final auction pool without the consent of the eight franchises and BCCI's wish. And why shouldn't he be in the auction pool after grabbing eyeballs with his pyrotechnics during the last edition of World T20 in India.

Shahzad is the most popular among Afghanistan cricketers with a strike-rate of 136 plus in 55 T20 Internationals in which he hit a hundred and 11 half-centuries. Shahzad has played 55 T20Is and has a high score of 118 not out and an average of 31.84.

Who wouldn't want to have a player who can hit the MS Dhoni's helicopter shot and that also for just Rs. 50 lakh!