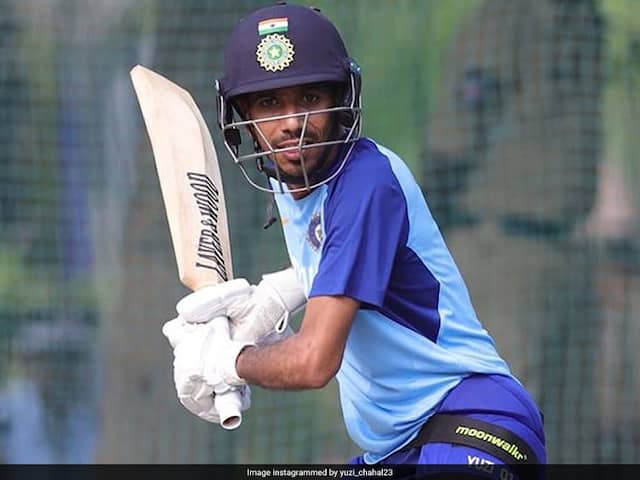 Yuzvendra Chahal delighted his fans by sharing a picture of himself batting in the nets. However, some from the cricket fraternity couldn't resist from teasing the Team India spinner's latest post on Instagram. "Enjoying my day out in the nets," Yuzvendra Chahal captioned the picture. England woman cricketer Danielle Wyatt commented "bowled" with a 'grinning face' emoji, while Team India fielding coach R Sridhar went on to say "what a worried look" with a 'winking eye' emoji. 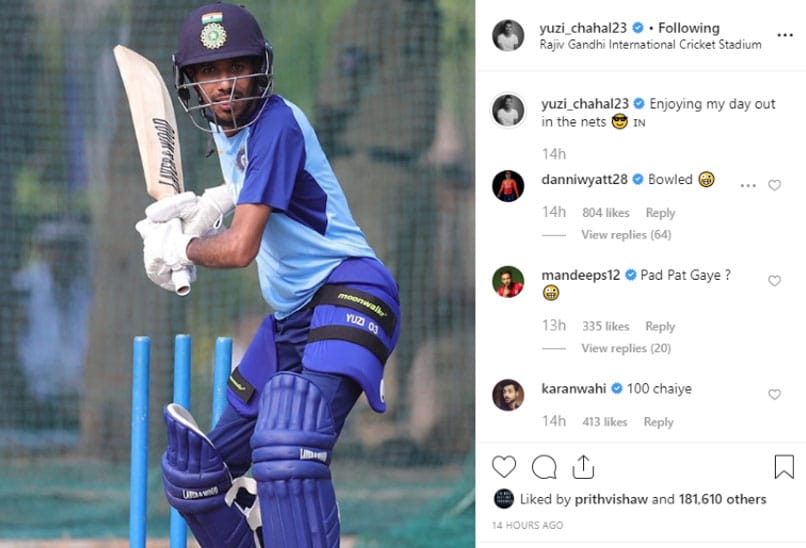 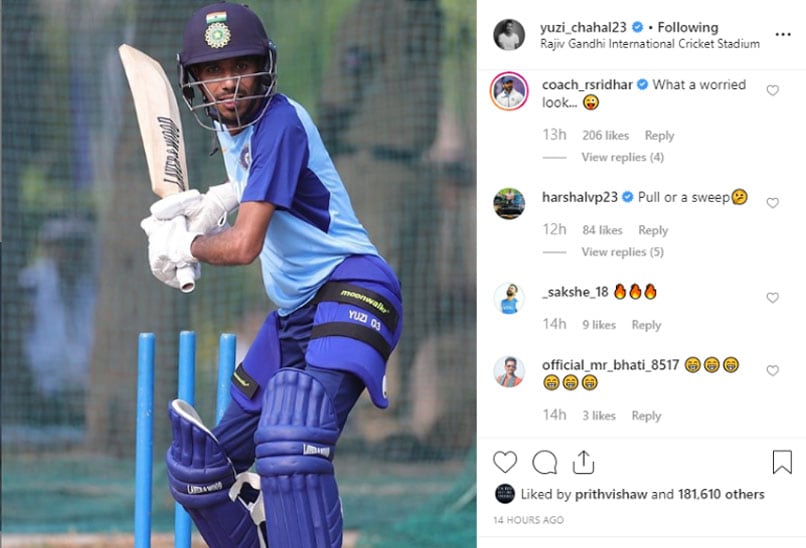 Chahal is among four spinners included in India's 15-man squad for three-match T20 International series against the West Indies, starting on Friday in Hyderabad.

The leg-spinner is famed for his 'Chahal TV' interviews after matches, but in his absence from the Test team, Rohit took over anchoring duties as he quizzed India's fast bowling heroes from the day-night Test at Kolkata's Eden Gardens last month.

"Good job by New anchor Rohitaa Sharamaaaa," Chahal tweeted in response to the video shared by BCCI, before cheekily adding "keep it up youngster".

'Rohita Sharma' has become a nickname often used by Chahal for the destructive opener.

Earlier when Deepak Chahar claimed a hat-trick in a T20I match against Bangladesh in Nagpur, Chahal jokingly called him a "shameless man".

While introducing Deepak Chahar on 'Chahal TV', the spinner said: "What do we say in bowling about this man. Aaj mera hi record tod diya, 'bade besharam aadmi ho yaar tum' (Today my record was broken. You are a shameless man)."

Yuzvendra Chahal Cricket India vs West Indies 2019/20 India vs West Indies, 1st T20I
Get the latest Cricket news, check out the India cricket schedule, Cricket live score . Like us on Facebook or follow us on Twitter for more sports updates. You can also download the NDTV Cricket app for Android or iOS.