Rohit Sharma took a page from 'Chahal TV' to interview the Indian fast bowlers and Yuzvendra Chahal was magnanimous in his appreciation. 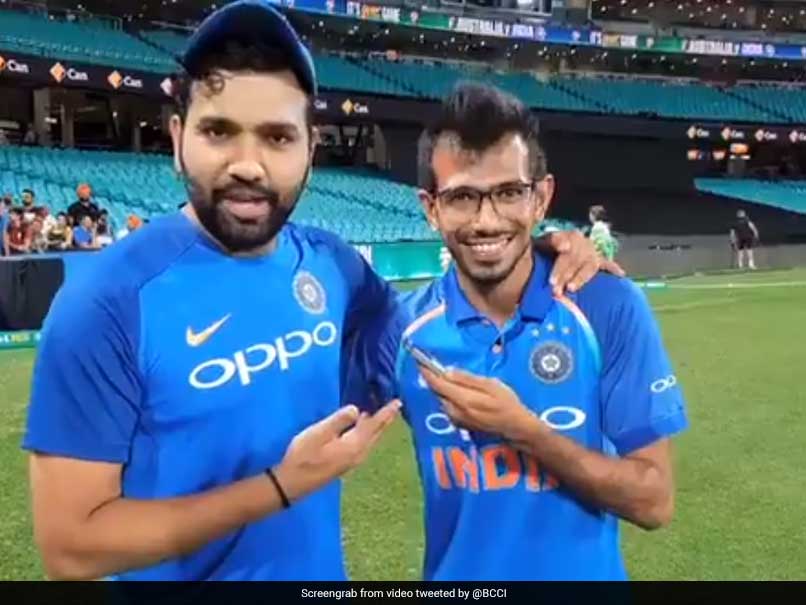 Rohit Sharma may be India's vice-captain in limited overs, their most capped T20I player and one of the senior members of the team, but when it comes to conducting interviews, he is still a "youngster" for Yuzvendra Chahal. The leg-spinner is famed for his 'Chahal TV' interviews after matches, but in his absence from the Test team, Rohit Sharma took over anchoring duties as he quizzed India's fast bowling heroes from the recently-concluded day-night Test at Kolkata's Eden Gardens. "Good job by New anchor Rohitaa Sharamaaaa," Chahal tweeted in response to the video shared by BCCI, before cheekily adding "keep it up youngster".

'Rohita Sharma' has become a nickname often used by Chahal for the destructive opener.

In the snippet of the interview shared by BCCI, Umesh Yadav speaks about the change in his wrist position while Rohit Sharma is seen talking about the sensational catch he took at second slip to dismiss Bangladesh skipper Mominul Haque in the first innings of the match.

Ishant and Umesh claimed 5-wicket hauls in Bangladesh's first and second innings respectively as India beat the visitors by an innings and 46 runs.

Yuzvendra Chahal's tweet left fans in splits, with many not able to control their laughter at the spinner calling Rohit a "youngster".

"Yuzi bhai ask bcci to make Rohitaaaaa Sharmaaaaa U19 Captain ....He is just of 16," a fan tweeted in jest.

"U should start a new anchoring academy and appoint rohit as the vice president," another fan wrote.

Chahal's interviews for BCCI have gained a lot of popularity, with the leg-spinner and his guests rarely ever failing to entertain. After India's win in the second T20I against Bangladesh in Rajkot, Rohit Sharma was the interviewee and he turned the tables on Chahal by telling him that he had enough muscles to smash sixes as well and asking him to show off his biceps.

India's win in Kolkata secured their third consecutive series clean sweep. India will next take on West Indies in three T20Is and three ODIs in December, when Chahal and "Chahal TV" will return to action as well.