Virat Kohli led India to a 2-0 clean sweep over Bangladesh at Eden Gardens on Sunday. 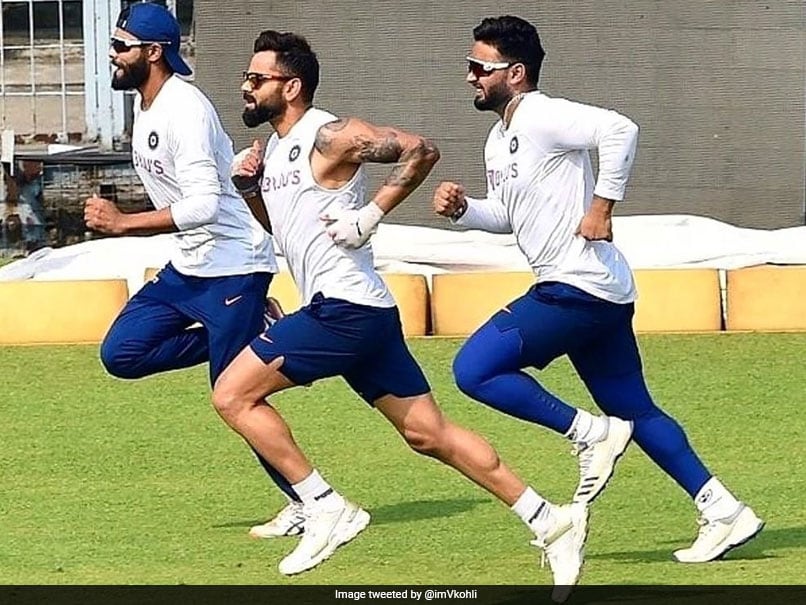 India skipper Virat Kohli on Monday said that it is impossible to beat all-rounder Ravindra Jadeja in the conditioning sessions. Taking to Twitter, Kohli shared a picture in which he along with Jadeja and Rishabh Pant are running during the practice. Jadeja can be seen as the front runner followed by Kohli and Pant. "Love group conditioning sessions. And when Jaddu is in the group, it's almost impossible to outrun him. @RishabhPant17 @imjadeja," Kohli captioned the post. On Sunday, Kohli became the first Indian skipper to win seven successive Test matches.

He achieved the feat as India defeated Bangladesh by an innings and 46 runs on day three of the day-night Test at Eden Gardens.

With the win in the second Test, Kohli surpassed MS Dhoni to record the most number of successive Test wins.

Under Dhoni, India had registered six successive victories in the longest format of the game in 2013.

This pink-ball Test also helped in creating another record for India as they became the first side ever to win four consecutive Tests by a margin of an innings.

The win over Bangladesh is India's second victory in which spinners did not take a single wicket in the game.

The last time it happened was in 2018 against South Africa. India won the two-match series against Bangladesh 2-0 and have consolidated their position at the top of World Test Championship (WTC) standings with 360 points from seven matches.

Ravindra Jadeja India vs Bangladesh Cricket India vs Bangladesh, 2nd Test
Get the latest updates on SA vs IND 2021-22, check out the Schedule and Live Score . Like us on Facebook or follow us on Twitter for more sports updates. You can also download the NDTV Cricket app for Android or iOS.