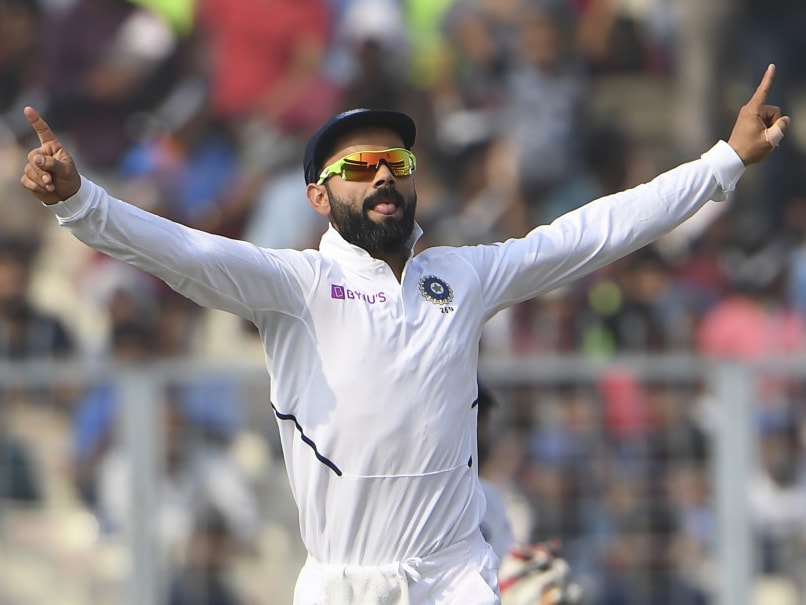 Virat Kohli is India's most successful Test captain with 33 wins in 53 matches.© AFP

Virat Kohli is fast becoming India's best-ever captain, former England skipper Michael Vaughan had tweeted after India beat Bangladesh in Indore. On Sunday, Kohli led India to an innings and 46-run win against Bangladesh in Kolkata, shattering a plethora of records in the process. India outplayed Bangladesh in just a little over two days of their maiden day-night Test to sweep the two-match series 2-0. Bangladesh were bowled out for 195 on Day 3, as India recorded their 12th-straight Test series win on home soil.

Virat Kohli, who is already India's most successful Test captain, with 33 wins in 53 matches, brought up his 27th Test century and 70th overall to help his team post a daunting total of 347/9 declared in the first innings in Kolkata.

Moreover, Kohli became the first Indian skipper to go past the 5000-run mark in the longest format of the game on Friday.

Virat Kohli, the first Indian to score a hundred in day-night Tests, now has 41 hundreds in 188 innings across formats as captain. He is now at the top of the list alongside Ponting, who did so in 376 innings.

This is not all, with the win against Bangladesh in Indore, Virat Kohli had registered his 10th innings win as India's Test captain to go past MS Dhoni's tally of nine and with his 11th victory, the 31-year-old extended his own record.

Virat Kohli India vs Bangladesh Cricket
Get the latest updates on Fifa Worldcup 2022 and check out  Fifa World Cup Schedule, Stats and Live Cricket Score. Like us on Facebook or follow us on Twitter for more sports updates. You can also download the NDTV Cricket app for Android or iOS.