With his 20th Test hundred as skipper, Virat Kohli went past Ricky Ponting's tally of 19 centuries as captain. 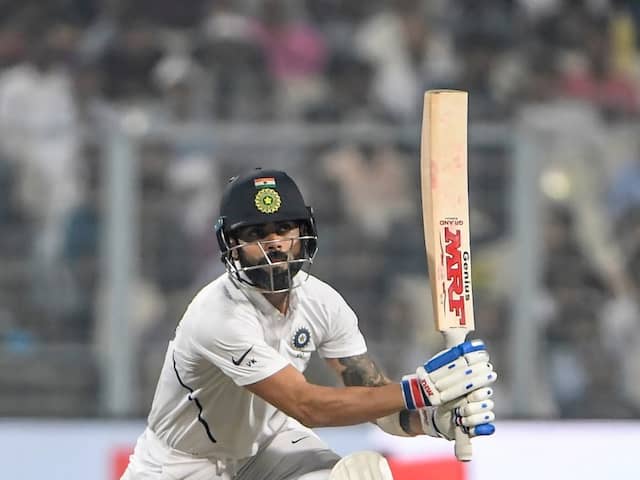 Virat Kohli brought up his 27th Test century and 70th overall on Day Two of the iconic day-night Test between India and Bangladesh in Kolkata on Saturday. Kohli moved from his overnight score of 59 to record another Test century and acknowledged a standing ovation from the Eden Gardens crowd. Kohli put on 99 runs with Ajinkya Rahane, who made 51, to pulverise Bangladesh, who were bowled out for 106 in what is also their first pink ball Test. The star batsman smashed Abu Jayed for four straight boundaries in one over before finishing with 18 fours in his 194-ball stay.

With the hundred, Kohli went past former Australia skipper Ricky Ponting's tally of 19 Test centuries as captain. The list is led by former South Africa captain Graeme Smith with 25 hundreds. Moreover, Kohli became the first Indian skipper to go past the 5000-run mark in the longest format of the game on Friday.

Virat Kohli, the first Indian to score a hundred in day-night Tests, now has 41 hundreds in 188 innings across formats as captain. He is now at the top of the list alongside Ponting, who did so in 376 innings.

Kohli equalled Sachin Tendulkar to become the second-fastest (141 innings) to 27 Test centuries. The 31-year-old also became the fastest (439 innings) to 70 international hundreds. He is followed by Tendulkar who reached 70 tons in 505 innings followed by Ponting who took 649 innings.

Virat Kohli India vs Bangladesh Cricket India vs Bangladesh, 2nd Test
Get the latest updates on IPL 2020, check out the IPL Schedule for 2020 and Indian Premier League (IPL) Cricket live score . Like us on Facebook or follow us on Twitter for more sports updates. You can also download the NDTV Cricket app for Android or iOS.