IND vs BAN: Virat Kohli scored his 27th Test century while Ishant Sharma got four wickets as India piled on the misery for Bangladesh on Day 2. 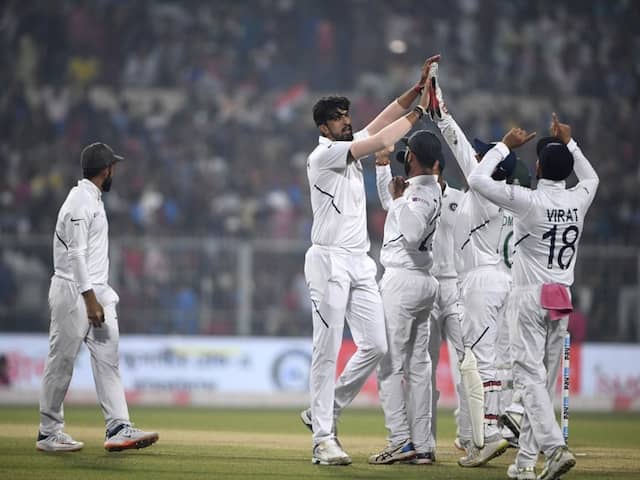 It looked like India's day, but Bangladesh fought back strongly to finish the day with an 89-run deficit. Despite losing a flurry of wickets early on and finding themselves at 13-4, they rallied through Mahmudullah and Mushfiqur Rahim, whose counter-attacking partnership steadied the ship for the visitors. Mushfiqur ended the day unbeaten at 59 and will have to keep up his resilience on Sunday. Ishant Sharma finished the day with four wickets - nine in the match- while Umesh claimed two. Earlier in the day, Virat Kohli scored yet another century - his 70th international ton - and Ajinkya Rahane notched his fourth consecutive 50-plus score as India declared with a 241-run lead. (Scorecard)

India beat Bangladesh by an innings and 46 runs

Eden Gardens Cricket India vs Bangladesh, 2nd Test Live Score Live Cricket Score Live Blogs
Get the latest Cricket news, check out the India cricket schedule, Cricket live score . Like us on Facebook or follow us on Twitter for more sports updates. You can also download the NDTV Cricket app for Android or iOS.