The first day-night Test in India was a runaway success although the hostilities ended within three days. 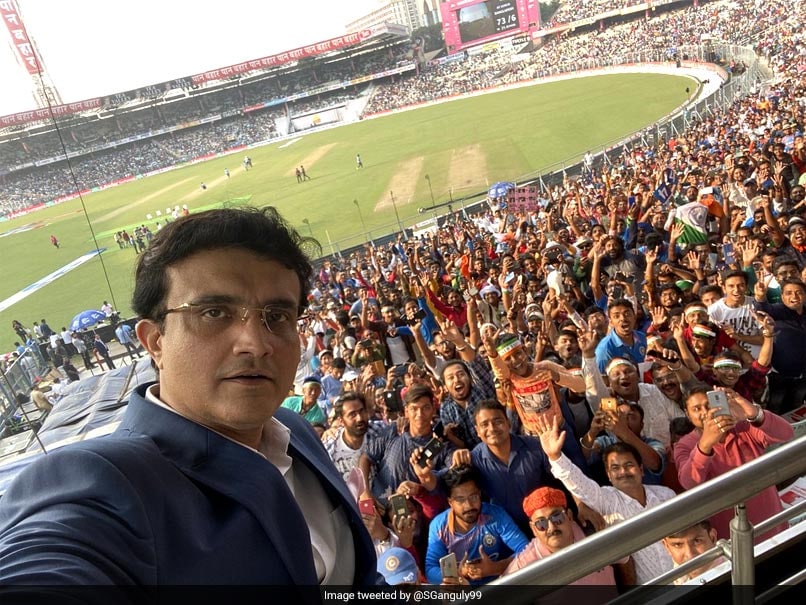 Sourav Ganguly was happy with the turnout at the Eden Gardens for the day-night Test against Bangladesh.© Twitter

After the conclusion of India's historic first day-night Test at the Eden Gardens in Kolkata, Board of Control for Cricket in India (BCCI) president Sourav Ganguly hailed the atmosphere in the ground as being more like that at a World Cup final than a Test match. "Just take a look around (fans with their camera lights on to click pictures). Do you see this? Have you seen this in Test cricket? When was the last time you had a capacity crowd watching a Test match? Feels like it is a World Cup final," a beaming Ganguly told news agency IANS.

Ganguly said the match also brought back memories of the famous Test against Australia in 2001 at the same venue, when VVS Laxman and Rahul Dravid scripted an unlikely win for India after being forced to follow on.

"Oh! It is an absolutely amazing feeling. Feels great. Look for yourself. It brings back memories of the 2001 Test match if you ask me. This is what Test cricket should be, packed stadiums," Ganguly, who led the Indian team back then, said.

Sourav Ganguly has good reason to be happy after the success of the country's first pink-ball Test. Before this, India had been adamant in their refusal to play day-night Tests. It took the former India captain less than a week after taking over as BCCI president to announce India's first day-night Test.

Even after that, Ganguly went about ensuring that the occasion would be a spectacular one. He arranged for political leaders and dignitaries, including Bangladesh Prime Minister Sheikh Hasina, prominent members of India's cricketing fraternity as well as a plethora of sports icons to grace the occasion.

The city of Kolkata took on a hue of pink in the build up to the match and during the course of it.

And the home team delivered a blockbuster performance to live up to all the hype, with the pacers stealing the show and captain Virat Kohli marking the occasion with his 27th Test century.

Speaking about the future of India and day-night Tests, Ganguly said nothing was decided as of now, but said that the prospect of facing teams like England and Australia in pink-ball Tests in India was an exciting one.

"Too early to talk of the future. We will all sit down and discuss the way ahead after this one. But just imagine the frenzy if you have teams like England, South Africa and Australia playing pink ball Tests against India. Think what the crowd will get to witness," he said.

Asked if there was a chance of India playing a day-night Test in their next Test assignment - a tour of New Zealand - Ganguly said "Nothing is decided yet. We still have time for the New Zealand series. Let's see."

Comments
Topics mentioned in this article
India vs Bangladesh Sourav Ganguly Cricket
Get the latest updates on IPL Auction 2023 and check out  IPL 2023 and Live Cricket Score. Like us on Facebook or follow us on Twitter for more sports updates. You can also download the NDTV Cricket app for Android or iOS.