The Bangladesh Cricket Board on Tuesday gave their nod of approval to the BCCI's proposal for the day-night Test. 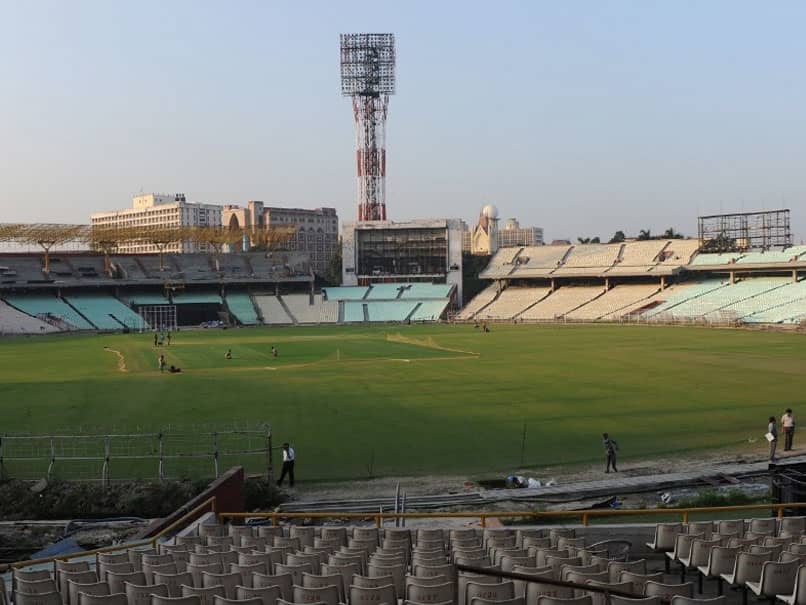 Eden Gardens in Kolkata will host the first-ever day-night Test in India.© AFP

Kolkata's Eden Garden will host India's first day-night Test when they take on Bangladesh in the second match of the two-Test series, starting November 22, BCCI President Sourav Ganguly told news agency PTI. The Bangladesh Cricket Board (BCB) on Tuesday gave their nod of approval to BCCI's proposal for the day-night Test. The BCB announced their decision after holding a meeting with senior players on the feasibility of playing a Test match under lights. Sourav Ganguly made it clear that day-night Tests was a big part of his agenda and had said that captain Virat Kohli is also on board with the idea. "The BCB has confirmed and we are having a pink-ball Test. It's a good development. Test cricket needs this push. Me and my team were bent on it and thanks to Virat (Kohli) also, he agreed," Ganguly told PTI.

Bangladesh's South African coach Russell Domingo conceded in Dhaka that there are concerns about how the match will pan out but the team has decided to accept the change and explore new avenues. The match will start at 2pm (IST) and will comprise a Tea and Dinner break.

"We think it's a great opportunity. I don't think India has played a pink ball Test before. It's a massive occasion at Eden Gardens against one of the best teams in the world," Domingo said.

"We are looking forward to that challenge. There are some challenges as we will not have a lot of time to prepare but it's same for India. I don't think they have had a day-night Test match. So it will be same for both teams," he added.

"Since it's pink ball, both teams will be close to each other. Sometime change is the best," the former Proteas coach said.

On Monday, Ganguly had said that the BCCI also wants to use the occasion to felicitate the country's Olympic heroes.

"We want to invite and have plans to felicitate Mary Kom, (PV) Sindhu and all (great Olympians). We are just waiting for the BCB's confirmation at the moment. There are also plans to bring in school children, providing them free passes for the game," Ganguly told PTI.

"I want the Eden (day-night) to be an annual affair," the president said without elaborating whether there would be some charity initiatives taken by the BCCI or the Cricket Association of Bengal (CAB).

The first-ever day-night Test match was played between Australia and New Zealand at the Adelaide Oval in November 2015. Four years later, the number one Test team in the world, India, are yet to play a five-day game under lights.

Eden Gardens Sourav Ganguly India vs Bangladesh
Get the latest updates on India vs England Series, India vs England , live score and IPL 2021 Auction . Like us on Facebook or follow us on Twitter for more sports updates. You can also download the NDTV Cricket app for Android or iOS.