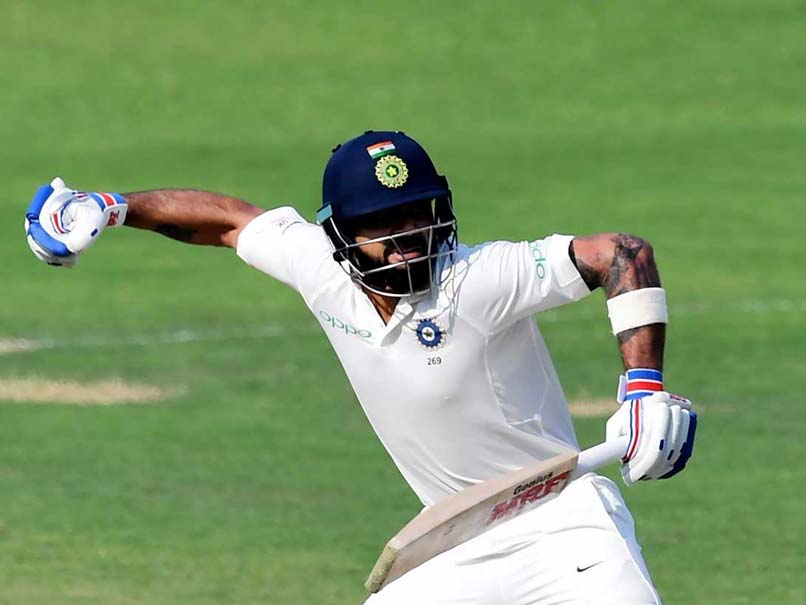 Virat Kohli has been in superb form in recent times.© AFP

India captain Virat Kohli on Sunday notched up his 5th double century as India continued to dominate the 2nd Test against Sri Lanka in Nagpur. Kohli, who upped India's scoring rate in the final session on Day 1, looked positive from the very first ball he played as he deflated the Sri Lanka bowling attack. Kohli was eventually dismissed for 213 after he attempted going over the long on boundary. The stylish right-hander's knock included 17 fours and 2 sixes.

Quite simply a run machine! A 5th double century for @imVkohli in Tests and his 1st against Sri Lanka! What a player! #INDvSL pic.twitter.com/ssXZdiQLeH

Kohli now has the same number of Test tons as Clive Lloyd, Mark Taylor, Gordon Greenidge, Len Hutton and Michael Hussey. The stylish right-hander is the first captain to score 10 tons (across formats) in a calendar year. The 29-year-old also has the most centuries by an Indian skipper (12), moving ahead of the legendary Sunil Gavaskar.

India captain @imVkohli has also broken the record of Ricky Ponting (9 in 2005 and 2006) and @GraemeSmith49 (9 in 2005) for the most centuries by a captain in a calendar year! #INDvSL #howzstat pic.twitter.com/IdBaUlVs2R

Kohli now has 10 international hundreds in 2017.

It's yet another @imVkohli century! It's his 19th in Tests, fourth against Sri Lanka, and his tenth in internationals in 2017! Outstanding! ?? #INDvSL pic.twitter.com/Yy7S9AY9Fe

It was his second ton of the series and fourth overall against Sri Lanka.

The runs have been flowing for the Indian Skipper as he scores his 19th Test ton. Second ?? in the series so far. #INDvSL @imVkohli pic.twitter.com/oOUhMAhyCJ

Kohli, 123 not out at the break, compounded Sri Lanka's misery with a dominant 183-run stand with overnight partner Cheteshwar Pujara, who made 143.

Pujara was finally bowled by paceman Dasun Shanaka a little before lunch after adding 22 to his overnight 121.

Pujara, who faced 362 balls after coming in to bat on day one, was happy to play second fiddle to his skipper who has hit 13 boundaries in his 161-ball stay.

A 209-run second-wicket partnership between Pujara and Murali Vijay, who made 128, had put India in the driver's seat on Saturday.

Top-ranked India are looking to go one-up in the three-Test series after the rain-hit first match ended in a draw in Kolkata.

Comments
Topics mentioned in this article
India Cricket Team Virat Kohli Cricket Vidarbha Cricket Association Stadium, Nagpur India vs Sri Lanka 2017-18
Get the latest updates on ICC T20 Worldcup 2022, check out the Schedule and Live Score. Like us on Facebook or follow us on Twitter for more sports updates. You can also download the NDTV Cricket app for Android or iOS.