India vs South Africa: Yuvraj Singh said that Rishabh Pant has "a lot of potential" and urged the captain and coach to mentor him according to his character. 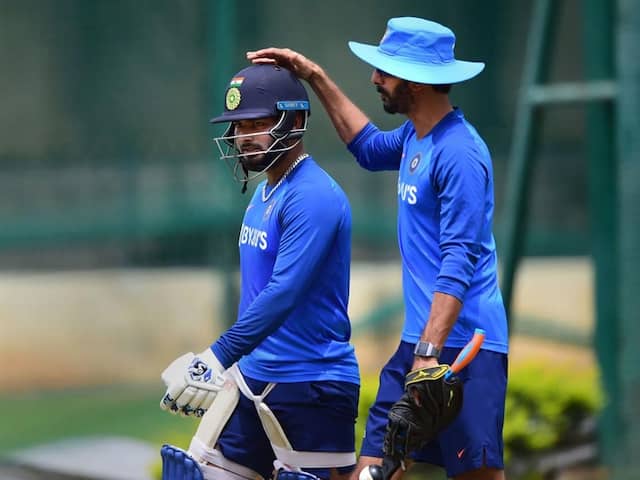 IND vs SA: Rishabh Pant's performance with the bat in recent times has been a major talking point.© PTI

Rishabh Pant has been underwhelming with the bat and it has been a cause for concern and a major talking point among fans, cricket pundits and even the Indian team management. There have been some strong statements in the media regarding Rishabh Pant's dismal show at the much talked-about No.4 position from the likes of head coach Ravi Shastri and batting coach Vikram Rathour. In an interview with NDTV, former India cricketer Yuvraj Singh said Rishabh Pant "has a lot of potential" but needs some mentoring from the captain and the coach. The swashbuckling left-hander, who retired from international cricket in June this year, also urged the team management to stop making statements about Rishabh Pant in the media.

"Someone needs to mentor Rishabh according to his character. Suppressing Rishabh won't get the best out of him. He has a lot of potential, the captain and the coach need to mentor him. Team needs to stop making statements about Rishabh in the media," Yuvraj Singh told NDTV.

"Rishabh Pant has the best match-winning ability. Mental aspect of the players needs to be addressed," Yuvraj Singh added.

So far, Rishabh Pant has been India' number one choice behind the stumps with MS Dhoni taking a sabbatical from the game. There has been a lot of speculation regarding MS Dhoni's future and Yuvraj Singh feels that finding a replacement for the former India captain "will take a lot of time".

Both India head coach Ravi Shastri and batting coach Vikram Rathour had spoken about Pant needing to be more careful with the willow after India's tour of the West Indies.

Ahead of India's second T20I match against South Africa, Ravi Shastri had warned the 21-year-old of a "rap on his knuckles" if he continued to play rash shots and Vikram Rathour echoed his sentiments, saying the youngster should play fearless cricket but not careless cricket.

Rathour, who took over from Sanjay Bangar as batting coach, appreciated Pant's attacking mindset but also advised him "to bring a little discipline in to his cricket".

Pant scored a total of 69 runs in the three-match T20I series against the West Indies with a high score of 65 not out. He failed miserably in the ODI series, scoring 20 runs in two innings at a strike rate of 55.55.

During the Test series, Pant didn't fare any better, managing just 58 runs in three innings at a dismal average of 19.33.

In the T20I series against South Africa at home, Pant's struggles with the bat continued. The young wicketkeeper again failed to make his mark, scoring 23 runs in two matches.

Yuvraj Singh Vikram Rathore Ravi Shastri India vs South Africa, 2019 Cricket
Get the latest updates on IPL 2020, check out the IPL Schedule for 2020 and Indian Premier League (IPL) Cricket live score . Like us on Facebook or follow us on Twitter for more sports updates. You can also download the NDTV Cricket app for Android or iOS.