Yuvraj Singh hit six sixes in an over off Stuart Broad on this day back in 2007, on way to India's victory in the ICC T20 World Cup. 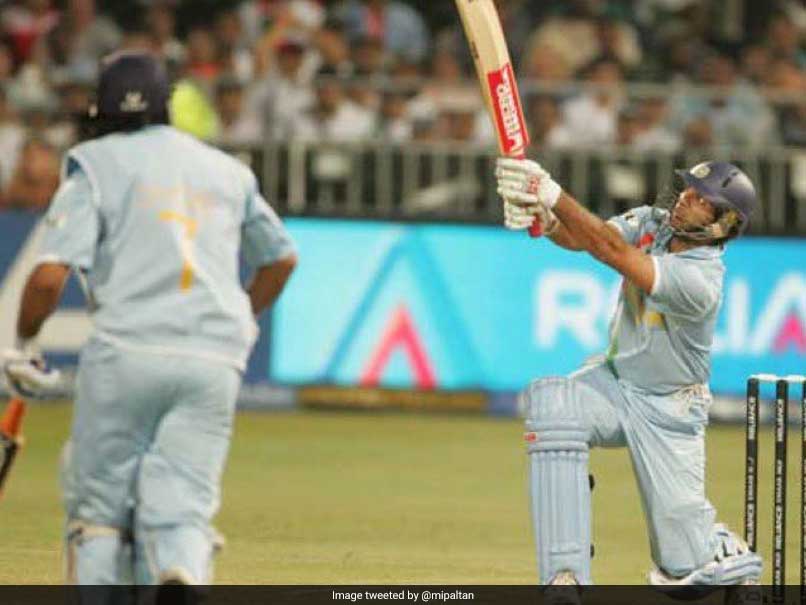 Yuvraj Singh, former India all-rounder, was known for his ability to score huge sixes and he was clinical in India's T20 World Cup triumph back in 2007. During the inaugural edition of the tournament in South Africa, Yuvraj Singh smashed England fast bowler Stuart Broad for six sixes in an over to become the only player to achieve the feat in T20Is. Yuvraj was fired up after a verbal spat with England all-rounder Andrew Flintoff at the end of 18th over. The left-hander then took Stuart Broad to the cleaners by collecting 36 runs in six balls in the 19th over.

The drama began when the Men in Blue were on 171/3 at the end of the 18th over in their first innings. With Yuvraj and then skipper MS Dhoni at the crease the duo was looking to finish off on a high by collecting as many runs in the death overs.

Yuvraj smashed Andrew Flintoff for two fours in the 18th over, which infuriated the England bowler. The pair got involved in a big altercation which came to an end after the intervention from the on-field umpires.

However, what the verbal altercation did was that it pumped up Yuvraj and it was Stuart Broad who bore the brunt of his onslaught in the very next over.

In the 19th over of the innings, the left-handed batsman from Punjab made sure England paid the price for their over-aggressiveness and hit six maximums of consecutive deliveries from Broad.

In the process, the Punjab-lad rocketed away to a 12-ball half-century and it was also the first time it happened in a T20I. It remains the fastest half-century till date in the shortest format of the game.

India eventually went on became World T20 champions when they defeated arch-rivals Pakistan in a thrilling final on September 24 in Johannesburg.