The Global Canada T20 2019 kicked off with Yuvraj Singh and Chris Gayle squaring off in the tournament opener. 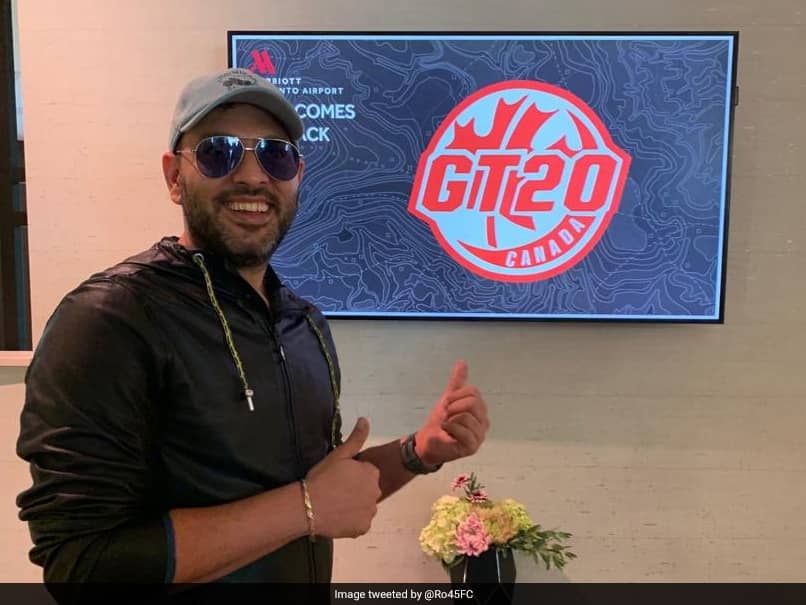 Yuvraj Singh will be leading the Toronto Nationals in the Global T20 Canada 2019.© Twitter

Yuvraj Singh, the former India all-rounder once again took the field on Thursday in Ontario, Canada as he lead the Toronto Nationals in the opening game of the Global T20 Canada 2019. Yuvraj Singh announced his retirement from international cricket on June 10. Yuvraj's decision to quit enabled him to participate in the T20 leagues around the world and he picked Global T20 Canada as his first assignment post-retirement. The 37-year-old all-rounder took the field against Vancouver Knights, led by Chris Gayle. In the match, Gayle won the toss and elected to field against Toronto Nationals.

Apart from Yuvraj Singh and Chris Gayle, Kieron Pollard, Brendon McCullum and Andre Russell are the other big names featuring in the opening clash of the tournament.

Yuvraj Singh played a pivotal role in India's 2011 World Cup triumph. The left-hander was diagnosed with cancer during the tournament but he went to produce a magical all-round show to clinch the title for India after 28 years.

Yuvraj was also a part of the T20 squad that lifted the coveted trophy during the inaugural edition.

Andre Russell Cricket
Get the latest updates on India vs England Series, India vs England , live score and IPL 2021 Auction . Like us on Facebook or follow us on Twitter for more sports updates. You can also download the NDTV Cricket app for Android or iOS.