India vs England: Ricky Ponting Teases R Ashwin And Axar Patel, Hopes The Duo Have Left Some Wickets For IPL 2021 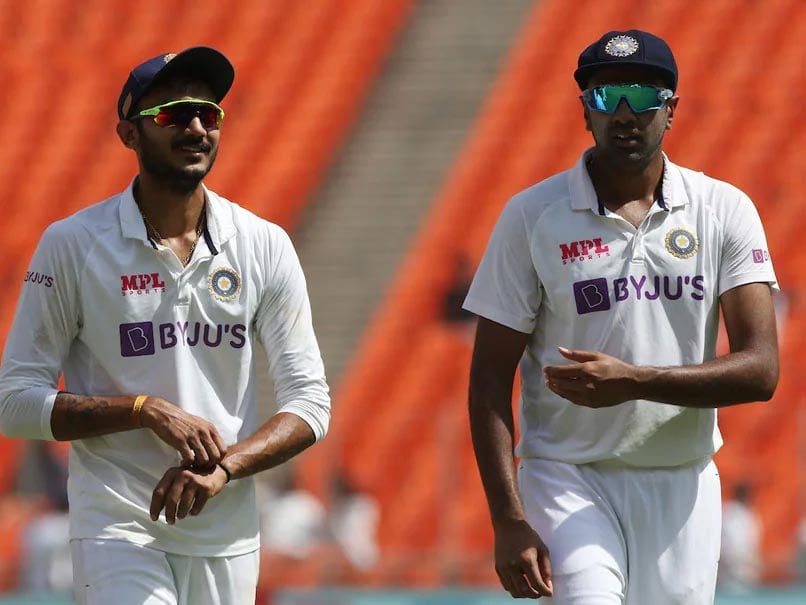 IND vs ENG: Ravichandran Ashwin and Axar Patel during the 4th Test match in Ahmedabad.© BCCI

Former Australian skipper and Delhi Capitals head coach Ricky Ponting on Monday teased all-rounder Axar Patel and spinner Ravichandran Ashwin, who starred for India in the recent Test series against England. Axar and Ashwin together picked 59 wickets against England in the four-match Test series which India won 3-1. While Axar became the joint highest wicket-taker in a debut Test series for India, Ashwin finished with 32 scalps, the most by any bowler in the series. Ponting is hoping that the spin duo has some wickets left to take in the upcoming Indian Premier League (IPL) season.

If Axar and Ashwin -- who both play for the Delhi Capitals -- starred with the ball, wicket-keeper batsman Rishabh Pant smashed a match-winning hundred in the fourth and final Test against England which India won on Saturday in Ahmedabad.

The Delhi Capitals head coach wishes to see Pant replicating his heroics in the cash-rich league slated to begin from April 9.

"Can't wait to get over to @delhicapitals and get to work. Hope @akshar2026 and @ashwinravi99 have some wickets left after taking all of them in the last month, and @rishabhpant17 has more runs to make!" Ponting tweeted.

Can't wait to get over to @delhicapitals and get to work. Hope @akshar2026 and @ashwinravi99 have some wickets left after taking all of them in the last month, and @rishabhpant17 has more runs to make! https://t.co/5Q8btBhjqq

The IPL Governing Council on Sunday announced the schedule for IPL 14 to be held in India across six venues from April 9.

Each team is set to play at four venues during the league stage. Out of the 56 league matches, Chennai, Mumbai, Kolkata, and Bengaluru will host 10 matches each while Ahmedabad and Delhi will host 8 matches each.

One of the highlights of this edition of the IPL will be the fact that all matches will be played at neutral venues, no team will play at their home venue. All teams will play at four out of six venues during the league stage.

Rishabh Pant Ricky Ponting India vs England 2020-21 IPL 2021 Cricket
Get the latest updates on India vs South Africa and check out  Schedule, Results and Live Score. Like us on Facebook or follow us on Twitter for more sports updates. You can also download the NDTV Cricket app for Android or iOS.