India vs England: Axar Patel, playing just his third Test match, claimed his fourth five-wicket haul, while Ravichandran Ashwin reached the landmark for the 30th time in his illustrious career. 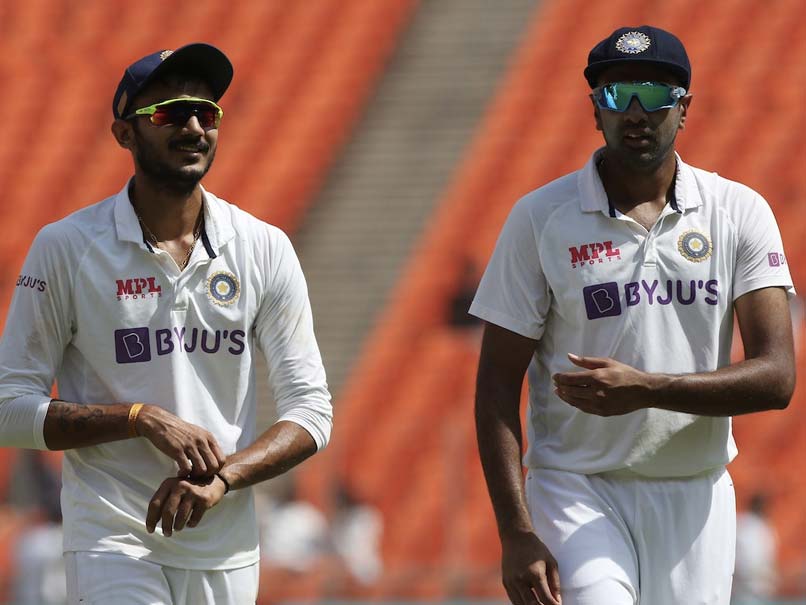 Axar Patel and Ravichandran Ashwinpicked up five-wicket hauls as India defeated England by an innings and 25 runs in the fourth and the final Test to qualify for the World Test Championship final on Saturday. Axar, playing just his third Test match, claimed his fourth five-wicket haul while Ashwin reached the landmark for the 30th time in his illustrious career. The left-arm spinner got Dom Bess caught behind stumps by wicketkeeper Rishabh Pantto reach the landmark, while Ashwin cleaned up Dan Lawrence to complete his 30th five-wicket haul. Apart from Bess, Axar accounted for the dismissals of Dom Sibley, Ben Stokes, Ollie Pope and Ben Foakes.

Out of Ashwin's five wickets, three were of England's top four batsmen as he dismissed Zak Crawley, Jonny Bairstow and skipper Joe Root to give India a solid start. He finished off things in style by taking England's last two wickets to hand India a 3-1 series win. He finished the series with 32 wickets and won the eighth Player of the Series award in Test cricket.

Axar, who missed the opening match of the four-Test series, has been one of the standout performers for the hosts in the last three matches, picking up 27 wickets.

Apart from his bowling Axar also came good with the bat in India's first innings, scoring crucial 43 runs. He put on a crucial century partnership with fellow all-rounder Washington Sundar who remained unbeaten on 96 runs.

With this win, India not just reached the World Test Championship final but also became the No. 1 Test side the world, toppling New Zealand -- their opponents in the WTC final.

Ravichandran Ashwin
Get the latest updates on Fifa Worldcup 2022 and check out  Fifa World Cup Schedule, Stats and Live Cricket Score. Like us on Facebook or follow us on Twitter for more sports updates. You can also download the NDTV Cricket app for Android or iOS.