"Welcome To Durham": Team India Begin Training Ahead Of Warm-Up Match In England

England vs India: Team India started their training session at Durham's Riverside Ground ahead of their upcoming warm-up match. India will be without Rishabh Pant, who tested positive for COVID-19, as well as a couple of other players, who have been isolated. 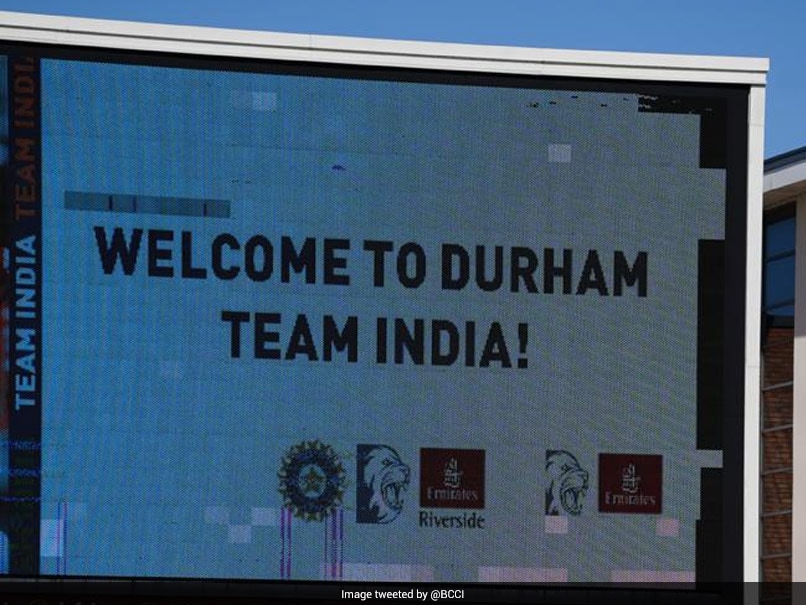 Currently in England for their upcoming five-match Test series, Team India began their training session at Durham on July 16. The visitors are also set to play a warm-up match starting from July 20, at the Riverside Ground. The Test series between India and England begins from August 4. The first Test fixture will take place at Trent Bridge. The BCCI posted a photo from the Riverside Ground, where the ECB welcomed Virat Kohli's team with a display screen, which said, "Welcome to Durham Team India!"

The BCCI also posted a training photograph on Twitter, which was well-received by fans.

The upcoming five-match series will be an important test for Kohli, who recently failed to win the World Test Championship (WTC) final. India lost to New Zealand by eight wickets, at the Ageas Bowl.

On the other hand, Shikhar Dhawan is captaining another Indian team, who are currently touring Sri Lanka, where they will play three ODIs and three T20Is.

Despite the presence of star names in their team roster, Team India have faced a huge setback in England, with Rishabh Pant testing positive for coronavirus. The wicketkeeper-batsman has also been joined by net bowler/training assistant Dayanand Garani, and the duo haven't travelled to Durham.

Recently BCCI president Sourav Ganguly came to Pant's defence, and said that it is physically impossible to wear a mask all the time. Pant was also seen with his friends at the Wembley Stadium during a UEFA Euro 2020 fixture between England and Germany.

Virat Kohli India vs England 2020-21 Cricket
Get the latest updates on SA vs IND 2021-22, check out the Schedule and Live Score . Like us on Facebook or follow us on Twitter for more sports updates. You can also download the NDTV Cricket app for Android or iOS.