"Would Like To Leave My Own Legacy," Says Ashwin After Test Series Win Over England 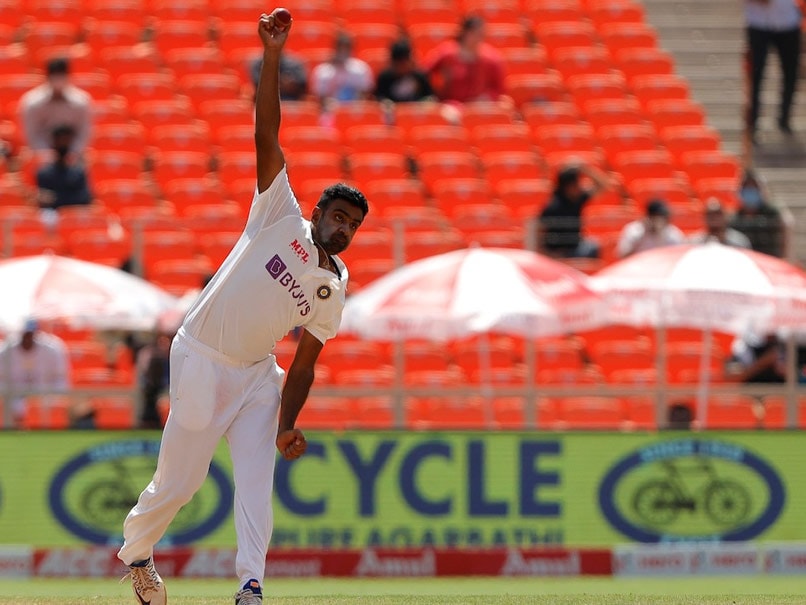 To become the best version of himself while learning something new everyday is Ravichandran Ashwin's endeavour as he aims to leave his lasting legacy in the pantheon of Indian cricket greats. Ashwin has now won eight Man-of-the-Series awards in his 10-year career and is only eight wickets short of equalling Harbhajan Singh's 417 Test wickets. It could well happen in England this summer but he doesn't want to entertain any such thoughts.

"Honestly, that's not even crossed my mind and if you want me to put my thoughts on it. He is a fantastic bowler. There's a lot that I have learnt from him. I wasn't even an off-spinner when Bhajju paa started playing for the Indian team," Ashwin's respect for another practitioner of the same craft was there for all to see.

"He (Harbhajan) was also an inspiration because of the 2001 famous series (32 wickets in 3 Tests). I never imagined in 2001 that I will be an off-spinner, and I mean who would have imagined those things.

"I was fortunate to play alongside Bhajju paa when I came into the team and also play under Anil Bhai but I would now like to leave my own legacy," Ashwin said.

Being a student of the game Ashwin wants to evolve as a cricketer and a person everyday.

"My growth as a cricketer is a direct synonym to the person I am. I want to keep evolving, keep learning and that's my second nature, directly proportional to the kind of cricketer I am and whatever I do, the best that I can be."

Ashwin's indifference for all those pitch critics is well documented and he would love to see how the global media reacts when a green top is given to India when they go for a game outside the sub-continent.

"The series win is a testament to the fact that this is a really good Indian cricket team. That's all I would like to say. Other day, I was listening to what Sunny bhai (Sunil Gavaskar) was saying, makes sense," Ashwin said referring to Gavaskar's statement about not giving too much credence to the British pundits, whose favourite day job had been criticising the Indian tracks.

"Only because we are giving attention to people who are making a mockery of it, we are encouraging them to do it non-stop," he said.

He then sarcastically said that he would keenly watch how foreign media cover the criticism from Indian commentators about the pitches provided when India is on tour abroad.

"I would like to a pitch covered with grass somewhere else in the world and some of our Indian commentators, taking picture and putting an Instagram post and I will like to see how the global media takes notice and then we will know who's at faulty end."

Rohit Sharma during this series played some stellar knocks in his aggregate of 345 runs including the 161 that skipper Virat Kohli rated highly.

Asked if Rohit could be put in the same pedestal as Virender Sehwag, Ashwin felt that it's a no-brainer.

"Obviously, when you put him in a pedestal with Sehwag and that's the right place and that's where he belongs," Ashwin said.

"He (Rohit) has always been a special batsman. It's not an evolution. It was a matter of time and nobody is surprised that Rohit Sharma is doing what he is doing. I just hope he goes on to win a World Cup for India," said Ashwin.

Ravichandran Ashwin India vs England 2020-21 Cricket India vs England, 4th Test
Get the latest updates on ICC T20 Worldcup 2022 and CWG 2022 check out the Schedule, Live Score and Medals Tally. Like us on Facebook or follow us on Twitter for more sports updates. You can also download the NDTV Cricket app for Android or iOS.