Will Champions Trophy 2017 be The Deciding Factor in MS Dhoni's Future?

The most relaxed at the nets was former "Captain Cool" Dhoni, who will be playing his first ICC event after quitting as ODI skipper. 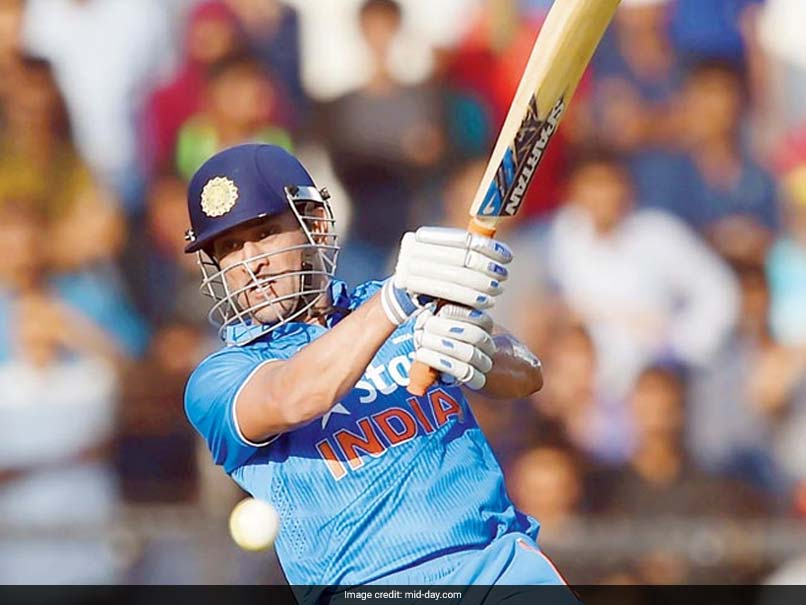 Dhoni is not one to give away anything from body language.© Mid-Day

Despite being the defending champions and all the pressure on them the Indian camp looked relaxed at the nets at the Oval yesterday morning. The players went about their workout without a hint of anxiety, brushing aside the tag of being one of the favourites or the prospect of facing arch-rivals Pakistan in their opening match in Edgbaston on Sunday.

Of course India's nerves were soothed after their impressive showing against New Zealand, with their skipper Virat Kohli hitting form with a good outing and MS Dhoni looking reassured during his short stay in the middle. Of course they would have liked to have won the game outright rather than by D/L method. But without doubt a truncated game was better than none.

The most relaxed at the nets was former "Captain Cool" Dhoni, who will be playing his first ICC event after quitting as ODI skipper. With the pressures of captaincy off his shoulders, he went about his business without much ado and at the end of the session took time out to talk with chief selector MSK Prasad.

That naturally generated a lot of interest, especially after the selection committee was seen as the ones to have influenced him to give up his post. Besides, there is also a lot of speculation about his future, that is, if Dhoni would last till the next World Cup, which would also be hosted in England in 2019.

The animated conversation between Prasad, a former India wicketkeeper himself, and Dhoni lasted quite a while.

There is no way of knowing what the conversation centered around, but from time to time Dhoni did practice a few shadow strokes in between.

It surely did not look like Prasad was giving Dhoni any advice on his batting or keeping technique. On the other hand, Prasad must have learnt a few things from Dhnoi's master class.

Dhoni is not one to give away anything from body language or making his intentions public.

So, only time will tell, may be at the end of the Champions Trophy, what the former skipper has on his mind about his future.

With seasoned players like Parthiv Patel and Dinesh Karthik and the promising Rishabh Pant breathing down Dhoni's neck, the Champions Trophy will surely be the deciding factor as far as Dhoni's future is concerned. Despite being under pressure, the former Captain Cool is as cool as ever even as "one of the boys."

(Except for the headline, this story has not been edited by NDTV staff and is published from a syndicated feed.)
Comments
Topics mentioned in this article
MS Dhoni India Cricket Team Cricket ICC Champions Trophy 2017
Get the latest updates on Fifa Worldcup 2022 and check out  Fifa World Cup Schedule, Stats and Live Cricket Score. Like us on Facebook or follow us on Twitter for more sports updates. You can also download the NDTV Cricket app for Android or iOS.