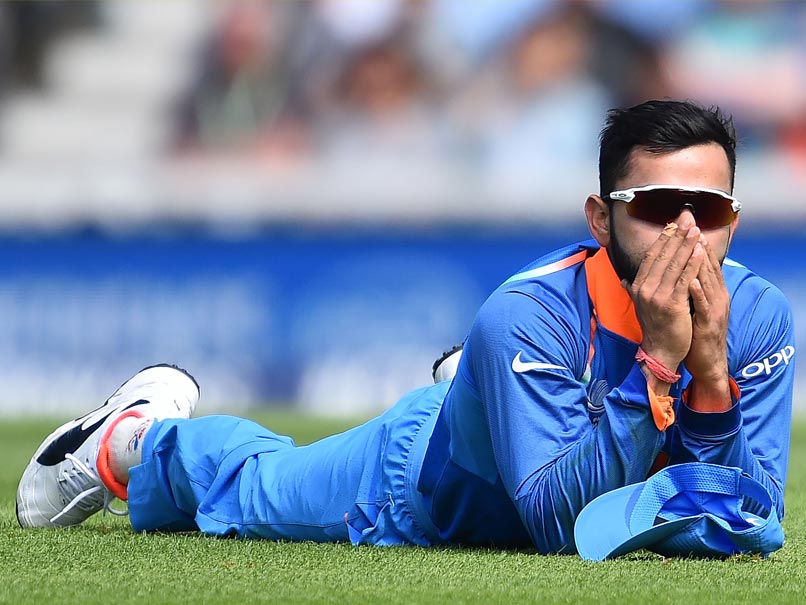 Indian captain Virat Kohli stokes extreme passion among cricket fans across the globe. His brand of cricket relies on no half-measures, resulting in him polarizing opinion of the cricketing community. While Kohli believes he is supremely confident of his skills as a cricketer, some of his detractors describe him as 'arrogant'. An example of this was witnessed after India's Champions Trophy final loss to Pakistan. As the Indian team made its way back to the dressing room after the match, a Pakistani fan mocked the Indian captain.

Kohli, who in the past has confronted fans, did not react and went straight to the dressing room.

However, pacer Mohammed Shami lost his cool when the fan said "Baap kaun hai," multiple times as he walked by.

An inspired Pakistan hammered a blundering India by 180 runs to lift the ICC Champions Trophy, riding on a scintillating hundred from rookie opener Fakhar Zaman and a sensational bowling spell from Mohammad Amir. This is Pakistan's first ICC title triumph since their 2009 World Twenty20 win.

Comments
Topics mentioned in this article
India Cricket Team Pakistan Cricket Team Virat Kohli ICC Champions Trophy 2017 Cricket
Get the latest updates on ICC T20 Worldcup 2022 and CWG 2022 check out the Schedule, Live Score and Medals Tally. Like us on Facebook or follow us on Twitter for more sports updates. You can also download the NDTV Cricket app for Android or iOS.