Sarfraz-led Pakistan, who entered the tournament as World No. 8, thrashed India by 180 runs in a remarkable final on Sunday. 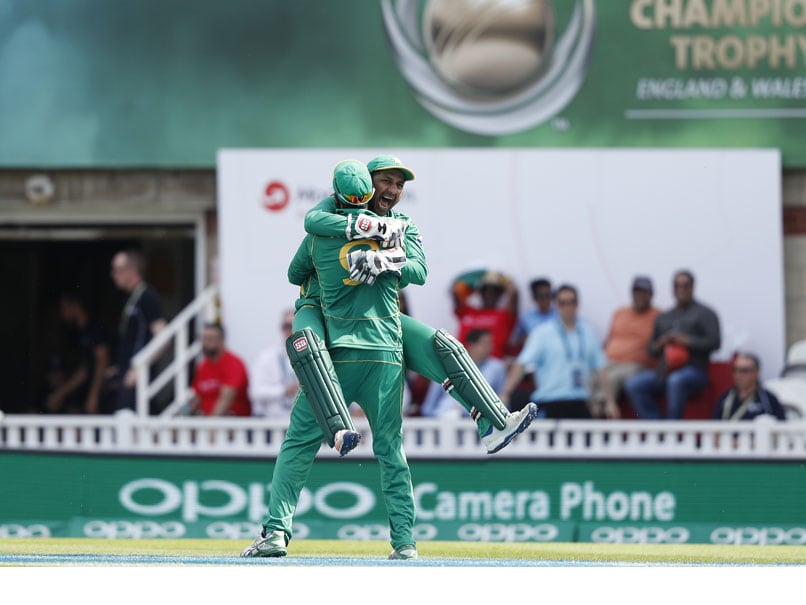 Virat Kohli along with three Indians were named in the ICC Team of the Champions Trophy 2017, with Pakistan's Sarfraz Ahmed named its captain, a day after his side lifted the coveted title at the Kennington Oval. Sarfraz-led Pakistan, who entered the tournament as World No. 8, thrashed title-holders India by 180 runs in a remarkable final on Sunday. The victory was Pakistan's first international 50-over trophy since lifting the 1992 World Cup.

The ICC Team of the Champions Trophy 2017 includes seven players from the two finalists - India and Pakistan.

The side includes four players from Pakistan, three Indians, three Englishmen and one from Bangladesh, with Kane Williamson of New Zealand as 12th man.

India opener Shikhar Dhawan and Pakistan's Hassan Ali had already won the Golden Bat and Gold Ball trophies for finishing as the most successful batsman and bowler, respectively, while Tamim Iqbal of Bangladesh was also selected after driving Bangladesh to their maiden semi-final in a major ICC event.

Pakistan's Fakhar Zaman was picked as Dhawan's opening partner after he aggregated 252 runs in four matches at a strike-rate of 113, following scores of 31 against South Africa, 50 against Sri Lanka, 57 against England in the semi- final and 114 against India in the final.

Joe Root was rewarded for his 258 runs in the tournament, while Ben Stokes was selected as an all-rounder following his aggregate of 184 runs and three wickets.

Fast bowlers Junaid Khan, Bhuvneshwar Kumar and Hassan shared 28 wickets between them in the tournament, while wrist-spinner Adil Rashid finished with seven wickets with an economy rate of 4.73.

Sarfraz was chosen as the captain following his inspirational leadership during the 18-day tournament that was the cornerstone of his team's 180-run victory over India.

Pakistan had started disastrously when they suffered a 124-run thrashing at the hands of India before they bounced back to defeat South Africa by 19 runs, Sri Lanka by three wickets and England in the semi-final by eight wickets.

"To be appointed as captain of the Team of the ICC Champions Trophy 2017, which includes some of the finest and most attractive cricketers of this generation, is the perfect icing on the cake," remarked Sarfraz.

"But I am more happy and delighted for players like Fakhar Zaman and Hassan Ali, who impressed their peers through their talent and performances, and found their way in the side. These two lads, plus Shadab Khan, are the future of Pakistan cricket and I sincerely hope they will only go in the upward direction from here."

ICC Team of the ICC Champions Trophy 2017 (in batting order) is: