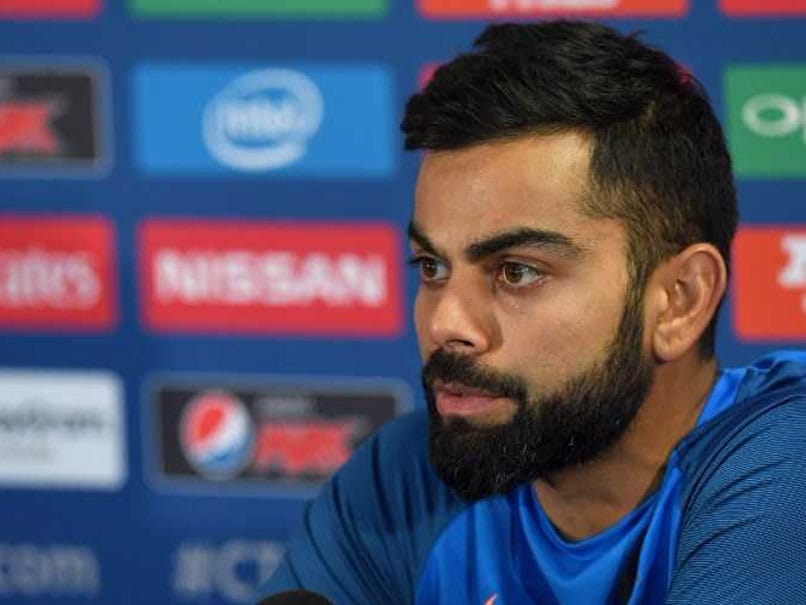 Virat Kohli had a smile on his face despite the heavy loss against Pakistan.© AFP

Indian cricket captain Virat Kohli's post-match press remarks, after his team's defeat in the Champions Trophy finalon Sunday, were widely appreciated by Pakistani fans. Kohli was not only thanked by cricket lovers from across the border but also described as a gentleman. The 28-year-old's address after his side's 180-run loss was even praised by the cricketing community.

"I want to congratulate Pakistan, they had an amazing tournament, the way they turned things around, speak volumes for the talent they have. They proved it again, they can upset anyone on their day, disappointing for us but I have a smile on my face because we played well to reach the final," Kohli said.

Thank you @imVkohli with your post match statement you won many hearts. You are a great player and a gentleman too

Thank you @imVkohli for very kind words for us. And Team India, you're a really good team. It is an honour to have won from World Champions.

Superb sportsmanship from @imVkohli in the interview right now. ????

"When players (Fakhar Zaman) like that get going on their day, it becomes really difficult to stop them because I think 80 percent of his shots were high-risk -- and they were all coming off," said Kohli.

Congrats Pakistan on a wonderful victory. To @imVkohli & your team, well played through the tournament & well spoken after the game #CT17 !

Mohammad Amir removed all of India's top three as Pakistan routed their arch-rivals at The Oval.

Comments
Topics mentioned in this article
India Cricket Team Pakistan Cricket Team The Oval, London ICC Champions Trophy 2017 Cricket Virat Kohli
Get the latest updates on SA vs IND 2021-22, check out the Schedule and Live Score . Like us on Facebook or follow us on Twitter for more sports updates. You can also download the NDTV Cricket app for Android or iOS.