'MS Dhoni's Fate To Be Decided During Champions Trophy'

Mahendra Singh Dhoni only plays in the two limited overs versions of cricket after retiring from Tests in 2014. 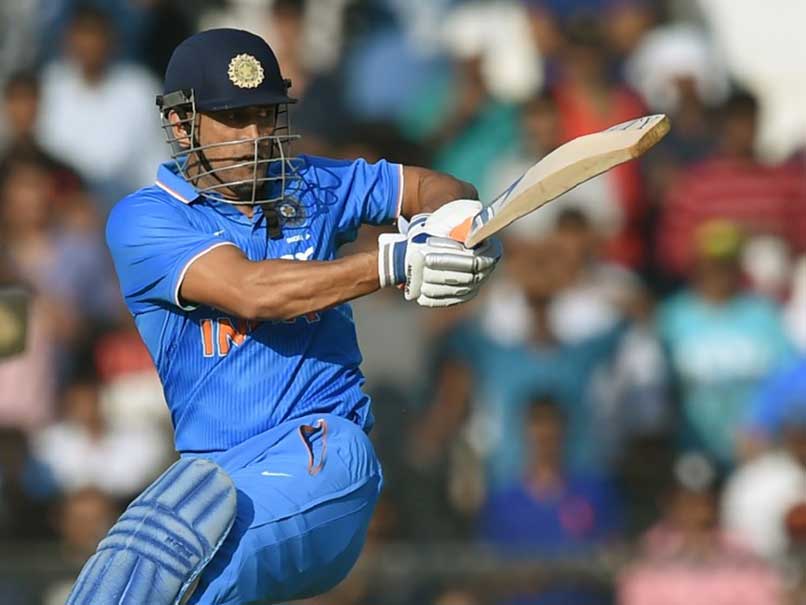 Dhoni's fate will be decided by the Champions Trophy, says his childhood coach Keshav Banerjee© AFP

Mahendra Singh Dhoni's fate will be decided by the 2017 Champions Trophy, says his childhood coach Keshav Banerjee. The International Cricket Council (ICC) showpiece event will be held from June 1 to 18 in England and Wales. India are the defending champions with Dhoni leading the team to the title in 2013 at Edgbaston, by beating hosts England by five runs in the final at Birmingham. "At the moment, his sole focus is on the Champions Trophy. If he's successful there, he would go on till the World Cup 2019," Banerjee said in Kolkata on Monday at the launch of an Under-14 tournament.

One of the best finishers of the world and India's most successful captain, Dhoni still has a sharp brain despite the drop in success ratio, Banerjee felt.

"It's natural that with age, you would not hit the same strike rate. But his will power and game-analysing sense are the two qualities that make him special. He's out there playing domestic one-dayers (Vijay Hazare Trophy) to keep himself in shape ahead of the Champions Trophy."

Having surprised everyone by calling it quits from Tests Down Under in late 2014, Dhoni stepped down from limited overs captaincy in January.

"He never liked to be pushed so he called it quits before any one could point fingers at him in the Tests format," Banerjee said.

"He never kept anyone in the loop, even his best friend or parents did not know when he quit Tests."

Banerjee seemed unhappy with the way Dhoni was removed as skipper of Rising Pune Supergiants for the Indian Premier League season 10.

"It appeared to me a decision by the team owners as Dhoni did not have any choice now but to play this season (with Chennai Super Kings being suspended)," he said.

Banerjee's role in shaping up Dhoni's early days as a cricketer was well documented in the biopic 'MS Dhoni: The Untold Story'. A cricket coach at Dhoni's alma mater, Jawahar Vidya Mandir at Shyamali in Ranchi, Banerjee persuaded a then class VI football goalkeeper to become a wicketkeeper. The rest, as they say, is history.

"He was known by his punctuality, discipline and he's still the same, has not changed a bit," he said.

Having seen Dhoni rise from the school level, Banerjee urged the BCCI to encourage cricketers in under-14 age group.

"I know they've big facility (National Cricket Academy) in Bengaluru but we must look after U-14 kids. They need to be nurtured properly. They need some recognition and motivation," he said at the announcement of the 10th edition of Yo Cup organised by Mainland-Sambaran Cricket Academy.

Comments
Topics mentioned in this article
India Cricket Team MS Dhoni Cricket Champions Trophy 2017
Get the latest updates on IPL Auction 2023 and check out  IPL 2023 and Live Cricket Score. Like us on Facebook or follow us on Twitter for more sports updates. You can also download the NDTV Cricket app for Android or iOS.