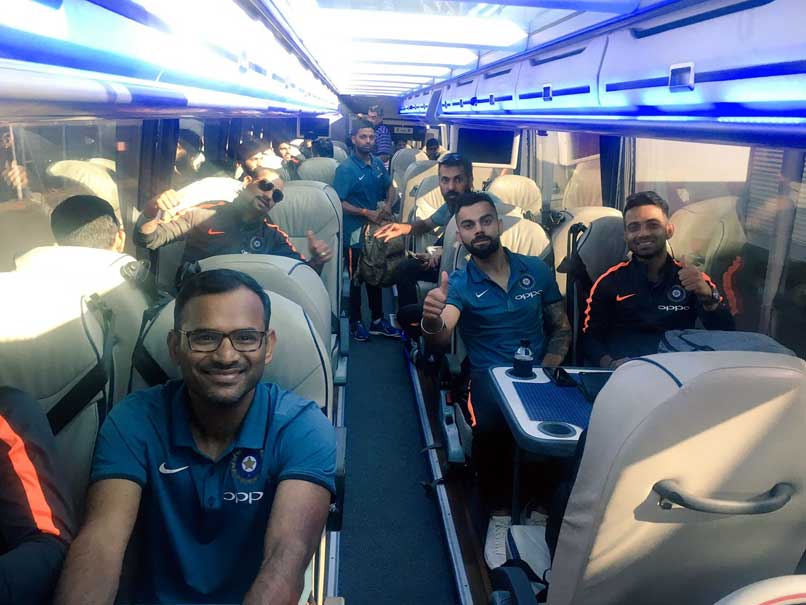 Team India, led by Virat Kohli, arrived in England on Thursday ahead of their title defence of the ICC Champions Trophy. The team, which will play its first match against arch-rivals Pakistan at Edgbaston on June 4, left from Mumbai after watching Sachin Tendulkar's biopic, 'Sachin: A Billion Dreams', at a theatre in Versova on Wednesday.

The Board of Control for Cricket in India official Twitter handle put up a picture of the team inside their bus, with Virat Kohli, Ajinkya Rahane and Shikhar Dhawan showing thumbs-up signs.

The tournament begins on June 1.

India have two practice matches to play before the tournament proper.

They take on New Zealand in the first practice match on May 28 and then face Bangladesh in the second warm-up game on May 30.

Comments
Topics mentioned in this article
India Cricket Team Virat Kohli ICC Champions Trophy 2017 Cricket
Get the latest updates on ICC Women's Cricket World Cup 2022 and IPL 2022, check out the Schedule , Live Score and IPL Points Table. Like us on Facebook or follow us on Twitter for more sports updates. You can also download the NDTV Cricket app for Android or iOS.