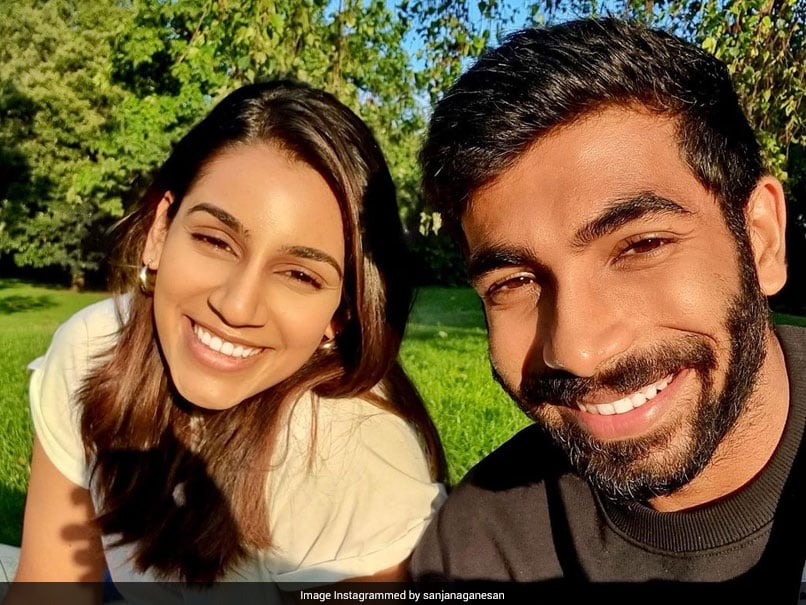 Jasprit Bumrah poses for a selfie with his wife Sanjana Ganesan.© Instagram

Sanjana Ganesan took to social media to post an adorable photograph with husband Jasprit Bumrah. The pacer is currently with the Indian cricket team for their ongoing five-match Test series against England. The duo tied the knot in March this year and they have been winning hearts with their social media posts ever since. In the photograph, the cute couple can be seen sitting in a field and soaking in the sunlight. Posting on Instagram, Sanjana captioned the photo as, "sunshine smiles".

Here is the picture:

The post was well-received by fans with many showering them with love and warmth.

One fan wrote: "Both looking good".

Meanwhile, another commented: "Both of you look great with each other".

Bumrah could be seen in action in the second Test against England at Lord's.

The first Test match at Trent Bridge ended in a draw.

While India could not seal a win at Trent Bridge, Bumrah put in a fine display with four wickets in England's first innings followed by a five-wicket haul in the second.

He sent the likes of Rory Burns, Jos Buttler, Zak Crawley and Joe Root back to the pavilion.

He also scored 28 runs off 34 balls in India's first innings, smashing three fours and a six.

The ongoing tour of England is a big test for Virat Kohli and team considering their recent defeat to New Zealand in the World Test Championship (WTC) Final.

England Cricket Team
Get the latest updates on ICC T20 Worldcup 2022 and CWG 2022 check out the Schedule, Live Score and Medals Tally. Like us on Facebook or follow us on Twitter for more sports updates. You can also download the NDTV Cricket app for Android or iOS.