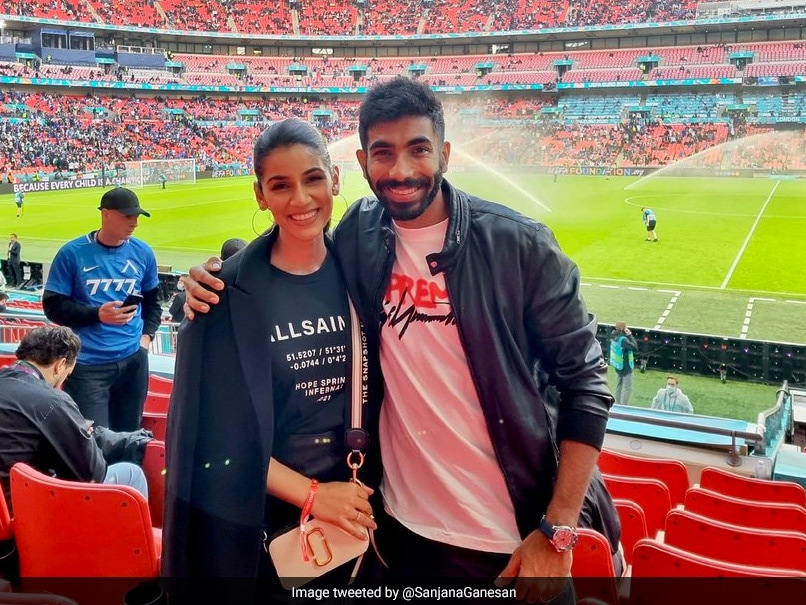 Jasprit Bumrah was seen enjoying the EURO 2020 semi-final clash between Italy and Spain along with his wife and TV presenter Sanjana Ganesan at the Wembley Stadium in London. Sanjana shared a picture of her with husband Jasprit Bumrah from the Wembley Stadium on her social media handles. Italy won the semi-final clash against Spain 4-2 in a penalty shootout after the match was finished at 1-1 with extra time.

With this win, Italynow have a streak of winning 16 consecutive European Championship matches, which is another record. Italy will face the winners of the second semifinal match between England and Denmark that will be played on Thursday at 12:30 AM.

England have not made it to the finals of any major tournament in the last 55 years. This is also the first time since 1996 that they are playing the semifinals of the European Championship but the way Harry Kane-led team played in this tournament it can be said that they might have the edge. Emotions will be high yet again at the Wembley Stadium on Thursday when the two top teams will clash in the semifinal to book the final date with Italy.

While talking about Jasprit Bumrah and the Indian cricket team, the players in England are currently on a 20-day break ahead of the five-match Test series against England starting August 4. The Indian team had recently lost the World Test Championship final against New Zealand that was played in Southampton. The team will regroup on July 15 to prepare for the England Test series.

Spain Euro 2020 Football
Get the latest updates on India vs South Africa and check out  Schedule, Results and Live Score. Like us on Facebook or follow us on Twitter for more sports updates. You can also download the NDTV Cricket app for Android or iOS.