UEFA Euro 2020: A football steward stole lanyards, hi-vis jackets, wristbands and attempted to sell them online before the final between England and Italy on July 11. 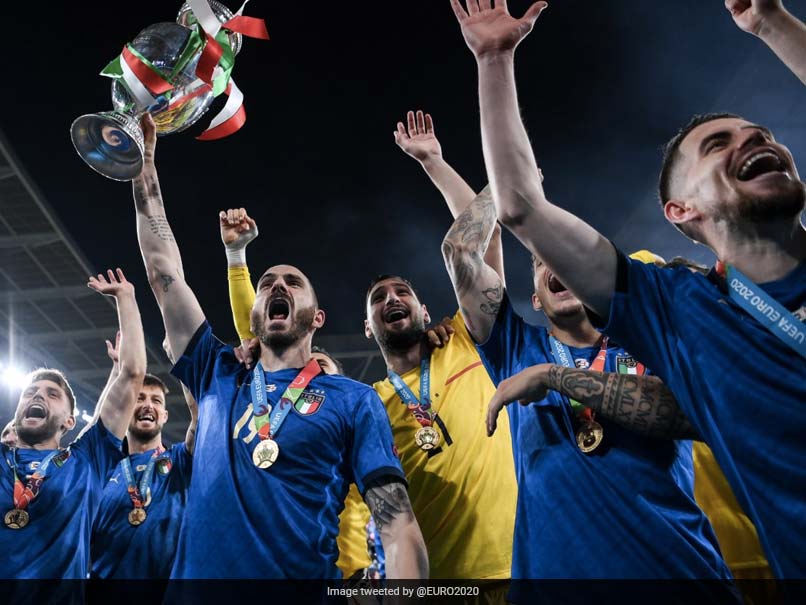 UEFA Euro 2020: A steward who was involved in the final has avoided jail.© Instagram

A football steward who stole and tried to sell official security clothing to help ticketless fans into London's Wembley Stadium for July's chaotic Euro 2020 final avoided jail on Monday. Yusaf Amin, 18, stole lanyards, hi-vis jackets and wristbands and attempted to sell them online for 4,500 pounds (6,172, 5,259 euros) before the showpiece event between England and Italy on July 11. Judge Denis Brennan sentenced him to six months in a young offenders' institute, suspended for a year, at Willesden Magistrates' Court in London. Amin was also ordered to pay 213 pounds in legal costs, perform 200 hours of unpaid work and go to an attendance centre. Police made 86 arrests after hundreds of ticketless fans stormed Wembley, leading to violence and a crush in which England defender Harry Maguire's father broke two ribs.

England fans also reportedly bribed stewards and forged tickets to gain entry to the stadium before occupying the seats of paying spectators.

Brennan said Amin knowingly risked fans' safety but accepted he was trying to raise money for his mother.

The judge praised a woman who reported Amin to the police for shunning "pure greed" by buying the ticket and acting "with good public spirit".

The court heard how Amin advertised the items on Facebook Marketplace on the day of the final claiming "guaranteed entry".

Amin had pleaded guilty to a charge of theft via postal requisition on July 30.

Fellow defendant Dalha Mohamad, 18, pleaded not guilty to similar charges and will face trial in London on December 17.

Italy defeated England 3-2 on penalties following a 1-1 draw after extra time to claim their first European Championship title since 1968 and deny their hosts a first major trophy since 1966.

England Football
Get the latest updates on IPL Auction 2023 and check out  IPL 2023 and Live Cricket Score. Like us on Facebook or follow us on Twitter for more sports updates. You can also download the NDTV Cricket app for Android or iOS.