"Knew It Was My Last Chance": Rohit Sharma On Opening In Tests In 2019

Rohit Sharma opened in Test cricket for the first time in 2019 and since then has gone on to become one of India's most consistent batsmen in the longest format. 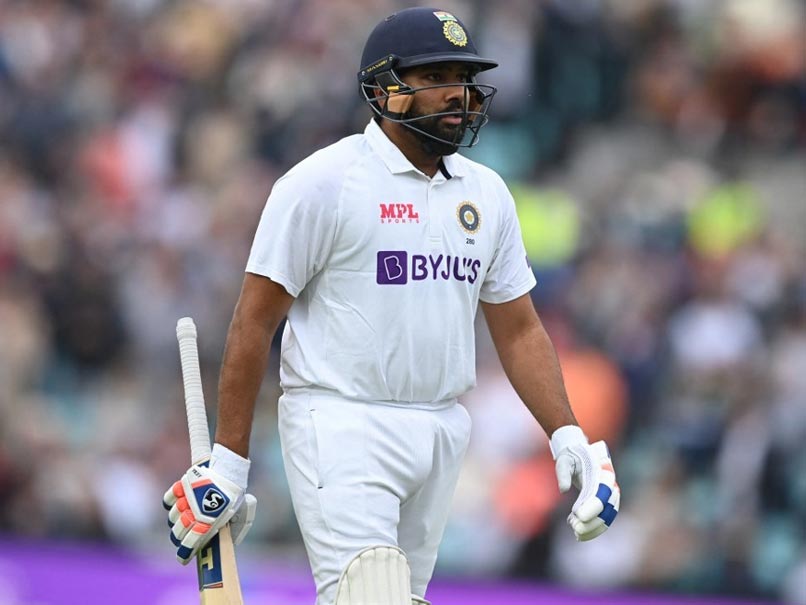 ENG vs IND: Rohit Sharma scored his first overseas Test century in the 4th match at the Oval.© AFP

India batsman Rohit Sharma on Saturday said he knew that the decision of opening the batting in Test matches back in 2019 was his "last chance" to prove his mettle in the longest format of the game. Rohit scored his first overseas Test ton on Saturday as India ended day three of the ongoing fourth Test at 270/3. "In the back of my mind, I knew it was the last chance for me as well, trying another position in the batting order. When the offer came to open the batting, I was very much aware of it because the talks were happening within the management about me opening the innings at some stage," Rohit said in a virtual press conference after the end of the day's play.

"So... mentally, I was ready to take on that challenge, to see if I could do well up the order. I know I batted in the middle order before and things didn't turn out the way I wanted to but I knew this was going to be my last opportunity, you know, trying whatever the management is thinking," he said.

"When you are playing a sport you always have to take those chances, those risks... Yeah, you can say that it was my last opportunity, if I hadn't succeeded, anything could have happened," he added.

Further elaborating his point, Rohit pointed out that it was him who thought the chance of opening the batting was his last attempt to prove his worth in Test.

"But for me, I wanted to think in a way where this is it, I have to make good use of this opportunity. ODI and Tests have a massive difference, I focused a lot on being disciplined off the field in nets whether it is about leaving the ball or doing a solid tight defense," he added.

Rohit (127 off 256) also became the first visiting cricketer to hit tons in all three formats while opening in England. The Indian batsman completed 3000 runs in the longest format of the game on Saturday.

"Most pleasing thing was that I was able to pay 250 balls. If you look at all the Test matches (this series) I have nearly played 100 balls in every innings. That to me was a goal," said Rohit.

"The first goal was to play balls, see how I can stay on the pitch for as long as possible because we do know that things start to get easier when you spend time in the middle, when you see what the bowlers are doing and get the hang of it and get the feel of the entire situation. Spending time in the middle was the biggest takeaway for me in the four Test matches," he signed off.