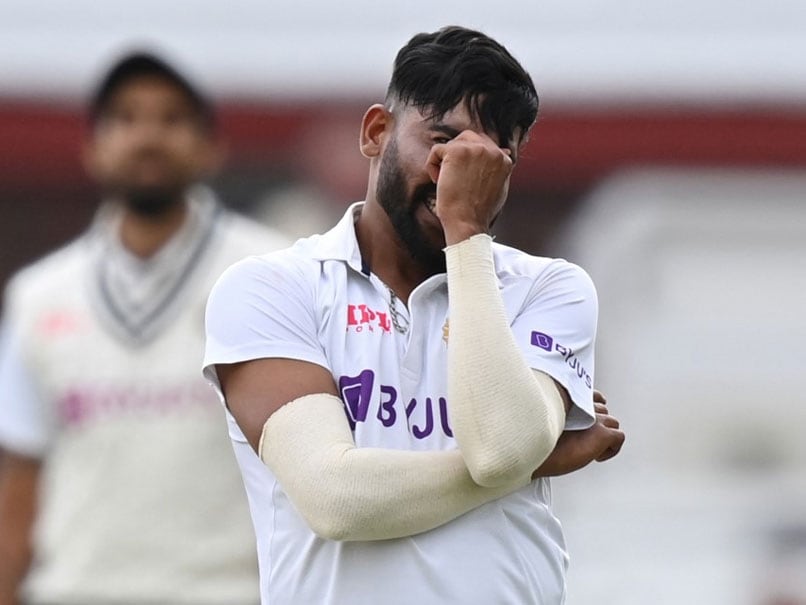 ENG vs IND: Mohammed Siraj's both appeals were dismissed after taking DRS.© AFP

India cricket team skipper Virat Kohli was dealt a huge blow when he lost two DRS (Decision Review System) reviews off the bowling of pacer Mohammed Siraj after the replays showed the umpire was correct on both occasions. Kohli, who was in desperate need of England captain Joe Root's wicket, bowed down to the pressure from Siraj, whose humbling and passionate appeal to take a DRS call was acted upon by a hesitant Kohli. This reluctant on-field decision-making made former India player Wasim Jaffer give a hilarious new definition to the term 'DRS', as he tweeted "DRS: Don't Review Siraj," and added a teasing emoji.

India turned up for Day 2 of the second Test following KL Rahul's incredible century on the first day at Lord's.

However, Rahul fell to Robinson on the second ball of the day while James Anderson also claimed Ajinkya Rahane on his very first ball of Day 2.

Anderson went on to take his 31st five-wicket haul as India were bundled out for 364 in their first innings.

England in reply got off to a steady start before Siraj struck twice to remove Dominic Sibley and Haseeb Hameed in successive deliveries in the first over after Tea.

Root and Burns steadied England's ship as they took the score past 100. Burns looked set for a well-deserved half-century but was dismissed by Mohammed Shami for 49 in the final hour of the day's play.

Middle-order batsman Jonny Bairstow survived a tough little period of movement under lights, while Joe Root came close to crossing the 50-run mark for the third time in the series, as he finished the day on 48.

Jonny Bairstow England vs India, 2021 Cricket
Get the latest updates on IND vs NZ 2021, check out the Schedule and Live Score . Like us on Facebook or follow us on Twitter for more sports updates. You can also download the NDTV Cricket app for Android or iOS.