England vs India: Cheteshwar Pujara finished Day 3 of the third Test unbeaten on 91 amid criticism about his recent form. 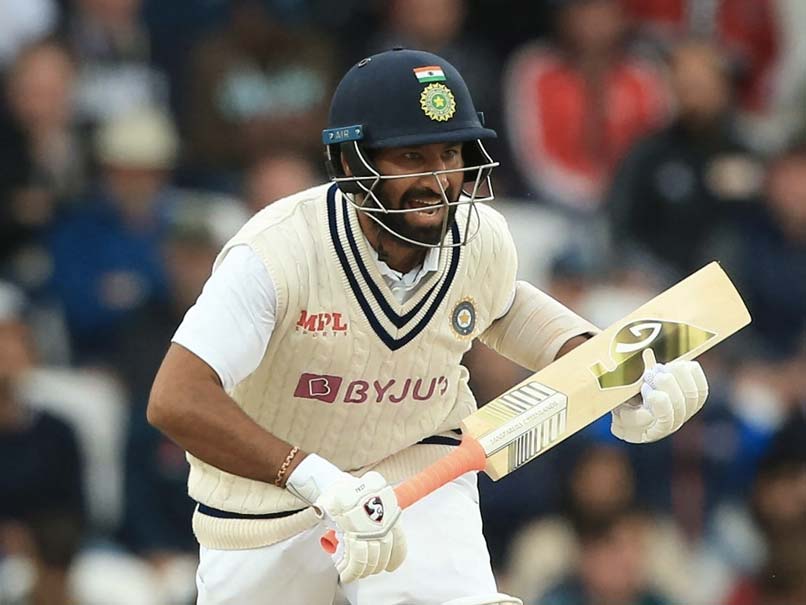 ENG vs IND: Cheteshwar Pujara was unbeaten on 91 at the end of Day 3 of the third Test.© AFP

Rohit Sharma said Cheteshwar Pujara's quality was "always there" after the two batsmen frustrated England's bid for a speedy victory in the third Test at Headingley on Friday. Rohit made 59 before Pujara's 91 not out took India to 215-2 in their second innings at stumps on the third day -- a far cry from their woeful 78 all out first-time around in this match. India are still 139 runs behind England's first-innings 432 and, with two days remaining in the game, the odds are heavily in favour of a home win that would level the five-match series at 1-1 following the tourists' 151-run victory in the second Test at Lord's.

Pujara, who played at Headingley for Yorkshire, has scored 18 hundreds in his previous 88 Tests.

But he has not reached three figures at this level since a superb 193 against Australia at Sydney in January 2019.

Friday's innings, however, was his best of the series with India captain Virat Kohli (45 not out) also hitting his top score of the campaign during the two senior batsmen's unbroken stand of 99.

"This innings of ours was never about survival," said Rohit.

"We had an intent to score runs and Pujara really showed that...Anything loose he was ready to pounce on it.

"Pujara, we have seen over the years, is a very disciplined batsman. Of late, the runs haven't come, but that doesn't mean the quality of Pujara has gone missing. The quality is always there."

"But the team's job is not done yet. We've got a crucial couple of days coming. Hopefully, he can still put his head down and keep batting like he does."

Pujara's return to form started with a painstaking innings of 45 at Lord's and earlier this year he played his part during India's dramatic series win in Australia by batting while absorbing plenty of painful blows from the hosts' fearsome pace attack.

"Those were crucial innings for us, winning that historic Test series," said Rohit. "Sometimes our memories are a little bit short. It's not about one or two series, it's about what he's done in an entire career."

Rohit, asked to explain the difference between Friday's stout resistance and India's meagre first innings, replied: "They (England) bowled pretty good balls but it was definitely not a 78 pitch. As a batting unit, we accepted we batted poorly and we corrected our mistakes in the second innings."

England, however, will be able to take the new ball as soon as play resumes on Saturday, with paceman Craig Overton insisting: "We're still in a good, or a great, position in this game and especially with a new ball in the morning.

"Hopefully we get a couple early and press on but, obviously, if they start really well we've got a real scrap of a game on," added Overton, who has taken four wickets so far on his return to Test duty after replacing the injured Mark Wood.

England lost their heads when drawn into fiery verbal confrontations at Lord's.

But they've kept their cool thus far in Leeds, possibly in response to a warning from Kohli, who has no qualms 'sledging' his opponents, that India flourish when "provoked".

"I think he's one of the characters that wants to get into the battle," said Overton. "As a side we're just trying to make sure that we do our business as we can and, not ignore him, but make sure that we stick to the basics."