India vs England: Rishabh Pant Was Prolific During India A Tour Of England, Says Rahul Dravid

After a terrific run in IPL 2018, Rishabh Pant continued his sublime form in India A's tour of England, amassing 299 runs including three fifties in eight games. 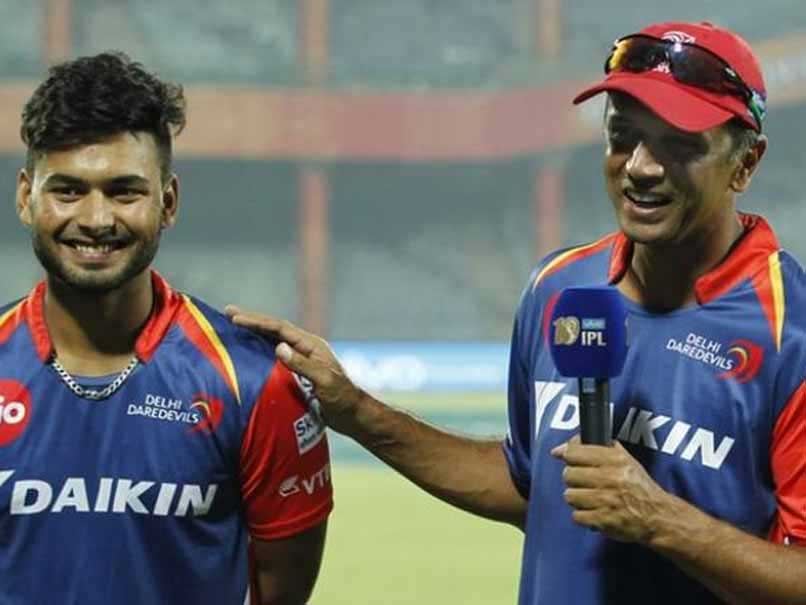 Rishabh Pant earned his maiden Test call-up when the selectors on Wednesday announced the 18-member squad for the first three Tests against England starting from August 1. Rishabh Pant was picked in the team after his brilliant stints in Indian Premier League 2018 (IPL) and India A cricket. Speaking on his selection in the Test team, an elated India A coach Rahul Dravid praised the 20-year-old left-hander. "Rishabh was quite excellent on the tour. He is obviously a very talented player. He showed in three or four innings that he was willing to bat differently. We all know the way he bats. Even in the 2017-18 Ranji Trophy season when he got over to 900 runs his S/R was 100 plus and we have seen him bat similarly in the IPL as well," Dravid told BCCI in an interview.

After a terrific run in the IPL, Pant continued his sublime form in India A tour of England, amassing 299 runs including three fifties in eight games. Pant had a good outing even as a wicketkeeper with 15 catches and two stumpings to his name on the tour.  Hailing his temperament, Dravid asserted that Pant matured as a player on the tour and played according to match situations.

"On this trip, we challenged him a lot to bat according to the situation. He got a critical 64 (not out) in the one-day final when he was the last recognized batsman and also against West Indies A when he put on a 100-run partnership with Jayant Yadav. He showed that he could bat differently. He has the temperament and skills to bat differently. He is always going to be an attacking player but reading of the situation when you are playing red ball cricket is required," Dravid added.

For the upcoming Test series against England, Virat Kohli and the Indian team management are likely to go with the more experienced Dinesh Karthik with regular Test wicketkeeper Wriddhiman Saha missing out due to an injury.

Praising Pant's selection, Dravid hoped that the left-hander could take the maturity he has shown in recent times to the international stage, whenever given an opportunity.

Dinesh Karthik
Get the latest updates on India vs England Series, India vs England , live score and IPL 2021 Auction . Like us on Facebook or follow us on Twitter for more sports updates. You can also download the NDTV Cricket app for Android or iOS.