World Cup: The Hypocrisy of Hero Worshiping and Team Selection 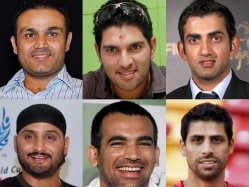 Perform or perish is an often-chanted mantra by sports fans all over the world. To them, victory means everything. And yet, when non-performing seniors were dropped from the World Cup probable squad, cries of despair reverberated. 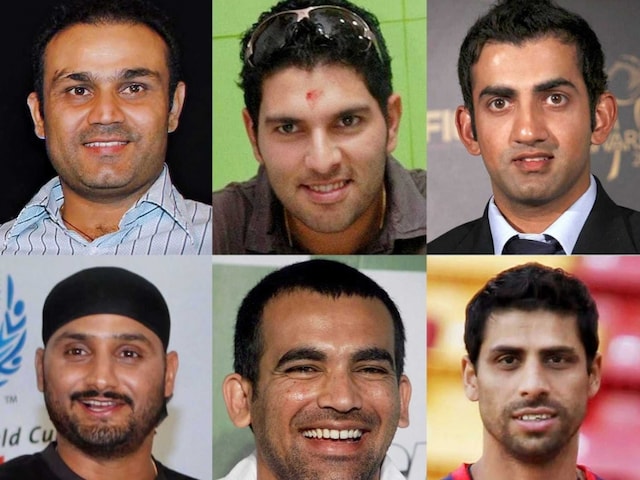 There is no better sight than watching young wings take flight. There is no worse feeling than seeing old lives hobble despite glory days of the past. Metaphors aside, the Indian team is in a similar situation where young guns have showcased their potential, old hands have become pale shadows of their fiery selves.

At the very beginning, let's have one aspect clear. For me, watching Yuvraj Singh clobber opponents to win India the World Cup will always be special. Seeing Virender Sehwag swing his bat like a Neolithic man tearing apart tough hides, was a scene to behold. For all their efforts on the field in yesteryears, they were not chosen in India's provisional World Cup squad. Why? Evolution perhaps, is indeed inescapable - whether fair or not. And therein lies our hypocrisy. (Related: Fans debate decision to axe seniors)

While passion for a game is great, we jump the gun each time the Indian cricket team loses and call for heads on a platter - a la carte of sorts. Some go for the captain, some target the coach and others pounce on the non-performer(s). A large majority of us have bashed Sehwag and Yuvraj, Harbhajan Singh, Zaheer Khan and even Gautam Gambhir. We have either expressed our wrath in words or have at least fantasised about how one, few or all of them would have been dropped had we been selectors. And yet, when the real selectors actually stepped up and chose to focus on performers instead of seniors, a fierce voice of dissent arose in the sacred - but inconsistent - community of jingoistic fans.

Hail the Heroes in Victory

The likes of Sehwag, Yuvraj and Gambhir have - without an iota of doubt - helped India to many wins. They have created memories, scripted legendary tales and contributed to Indian cricket. But remember, they have contributed to the team, not the other way round.

Hero worshiping has been an integral part of fan following and this is more true in India than, perhaps, anywhere else. We have celebrated each and every run, every single wicket with screams till our throats parched. We have had heroes and we will always have heroes - whether it is the seniors not included for the World Cup or the ones named.

World Cup requires runs and wickets, not past records and laurels

At the risk of sounding preachy and rather obvious, winning is all about performances. And our stars - the senior ones that is, were not performing off late. Most of them had not played for the national team in over a year. In domestic cricket, they went through the motions more often than not. A country of a billion should be allowed more than just one team but till that 'unfairness' is corrected, there was not much choice but to leave the seniors out.

Consider their performances in their last five domestic matches and perhaps, it would show just why they were grounded.

No, these may not be entirely horrible numbers. Point though is that other players have done far better and deserve to be considered for the national side. To rob them of a chance just because we won the World Cup in 2011 would be as preposterous an idea as telling young Sachin Tendulkar that he can't play because Kapil Dev won us the 1983 World Cup. And that means a lifetime membership with India's playing XI. (Also read: Teams can't carry passengers, says Gavaskar)

When the dust settles, only the team's result would matter

Picking youngsters instead of veterans is no guarantee that India would defend the World Cup. This is exactly the same as picking seniors who won the previous World Cup last time is no assurance of a sure-shot encore.

Had even one of the 2011 stars omitted from the probables' list had consistent performances, he could have made a case. Instead, the writing was on the wall - just not visible to those who were blinded by the fleeting glimmer of their heroes.

Respect cannot be demanded, it is earned. Sehwag, Yuvraj, Harbhajan, Gambhir and Zaheer earned our respect. They continue to be our cricketing stalwarts for what they did on the pitch. But to stunt the growth of the next generation, to not expose them to unimaginable pressures of a World Cup, and to not blood them against the best despite their talent and skill would almost be blasphoumous - if cricket is truly a religion here.

Experience and passage of time teach all things. Ahead of the World Cup, Team India needs all the guidance it can get and our class of 2011 heroes can still help Indian cricket reach further highs. And they don't really need to be suited up on the field to do that.

Here's to the good old days of 2011 and in hopes of more such days next year. All the best, Team India!

Comments
Topics mentioned in this article
Virender Sehwag Yuvraj Singh Zaheer Khan Harbhajan Singh Gautam Gambhir India Cricket Team Cricket
Get the latest Cricket news, check out the India cricket schedule, Cricket live score . Like us on Facebook or follow us on Twitter for more sports updates. You can also download the NDTV Cricket app for Android or iOS.