Opinion: 5 Cricket Rules That ICC Needs to Dump Right Away 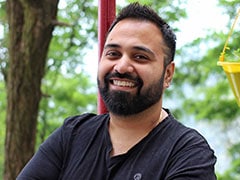 Some of the the ICC's rules are open to debate and in urgent need of revision or change. 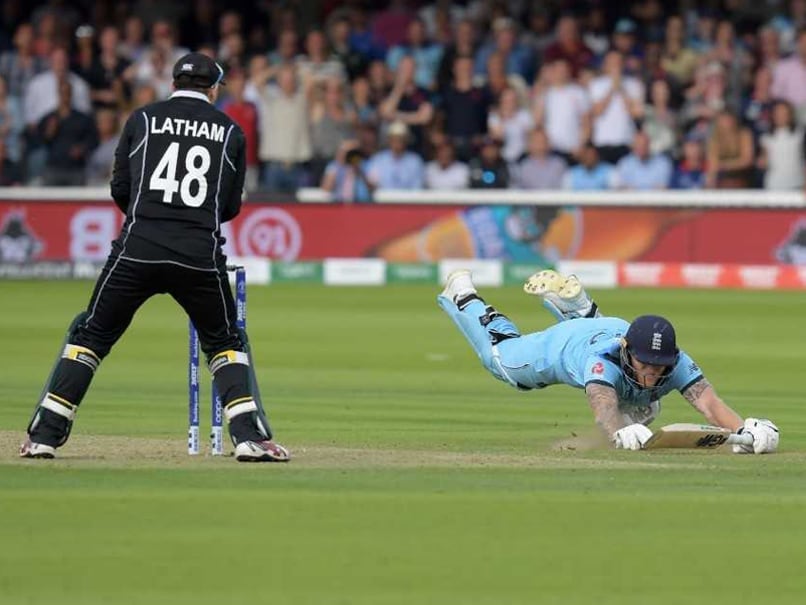 England were awarded 4 extra runs after the ball hit Ben Stokes' bat and ran to the boundary.© AFP

No one could have scripted this World Cup 2019 finish better. Other than the cricket governing body itself, the International Cricket Council (ICC). While we will talk about this thrilling World Cup 2019 final living up to its reputation for years to come, the fact that no team lost the final and still one team won the World Cup have left many cricket fans fuming about the ICC rules.

Here are the 5 cricket rules that need to go immediately.

The World Cup final between England and New Zealand had everything but a conclusion to decide the winner of the contest. As per current ICC rules, in case of a tied Super Over the team that scores more number of boundaries wins the match. This is like a team winning football World Cup on the basis of ball possession after a penalty shoot-out ending in a tie.

After the match, New Zealand captain Kane Williamson admitted that the rule was "tough to swallow" to eventually decide the World Cup winners. Former India cricketer Gautam Gambhir was more severe in his criticism, calling the ICC rule ridiculous.

Don't understand how the game of such proportions, the #CWC19Final, is finally decided on who scored the most boundaries. A ridiculous rule @ICC. Should have been a tie. I want to congratulate both @BLACKCAPS & @englandcricket on playing out a nail biting Final. Both winners imo.

2. Overthrow off batsman's bat or body

While the runs scored off overthrows have been an integral part of many tense matches in history, the overthrows off the bat of Ben Stokes that went for boundary resulting in 6 runs would be talked for generations to come. Though Stokes immediately apologized for the inadvertent error, the umpires, bounded by MCC laws, couldn't do anything but to reward runs to the batting side. The jury is still out if the umpires should have rewarded 5 runs or 6 for that fateful overthrow, it is time for the ICC to do away with this controversial law.

The fact that there is no hard logic behind the soft signal makes this law absolute bizarre. The soft signal was introduced for disputed catches because it was felt that sometimes the camera images create doubt to the catches that are considered clean and hence the primary responsibility of decision-making remain with the on-field umpires. But what this soft signal has done to the game is that most of the times the umpire, at the time of disputed catches, goes with the immediate reaction of the players, which then becomes difficult to overrule with no conclusive evidence. This is where the TV umpire should be brought into the picture as he is in better capacity with multiple camera angles to take a call on borderline catch than an on-field umpire watching the action from 25-yards away with his naked eye!

The on-field umpires have a tough job. Officiating the entire match, ensuring that the game is played within laws of the game, having a keen eye on line and length of every ball that could be an LBW call and calling wides and no-balls. While the on-field umpires now have the cushion of technology in making run-out decisions, LBW decisions and even decisions on close catches – the front-foot no-ball call from the umpire needs a technology overhaul as soon as possible. In the current scenario, only in the cases of dismissal does the on-field umpire checks with the TV umpire about the legality of the ball. While this is a welcome step to reduce the errors, many times a no-ball that hasn't been called decides the fate of the match. Case in point the match between Royal Challengers Bangalore and Mumbai Indians where the umpire failed to spot Lasith Malinga's no-ball which resulted in the bowling team's victory.

It is about time to let TV umpire take control of the front-foot no-ball not only to reduce the burden of the on-field umpire but also to make sure that there are minimum mistakes in the game of small margins.

So this scenario has never played out in any match till now but the cricket fans online have been talking about this potential match-breaking situation for some time now. Sample this - with scores tied in Super Over, a batsman needs just one run to win the match off the last ball. The ball hits the batsman's pad, gets deflected to vacant fine-leg region and batsman run for a leg-bye. The bowling team goes up for an appeal and the umpire gives the batsman out LBW which is then contested by batsman for review. Now if the DRS rule the decision in favour of the batsman, will the batsman get that leg-bye run?

NO. Because the DRS rule states that the ball is deemed dead as soon as the umpire gives his decision. So, in this scenario a wrong DRS decision will deny a perfectly legal leg-bye. It is time for ICC to be pro-active on this law as this can play out as potential bummer. Dear ICC, you've been warned.

(Chayan Rastogi is an anchor, producer and cricket enthusiast at NDTV Hop)

New Zealand Cricket Team World Cup 2019 New Zealand vs England, Final International Cricket Council
Get the latest updates on ICC T20 Worldcup 2022 and CWG 2022 check out the Schedule, Live Score and Medals Tally. Like us on Facebook or follow us on Twitter for more sports updates. You can also download the NDTV Cricket app for Android or iOS.