Fast bowler Naseem Shah was given his debut in Pakistan's first Test against Australia at Brisbane. 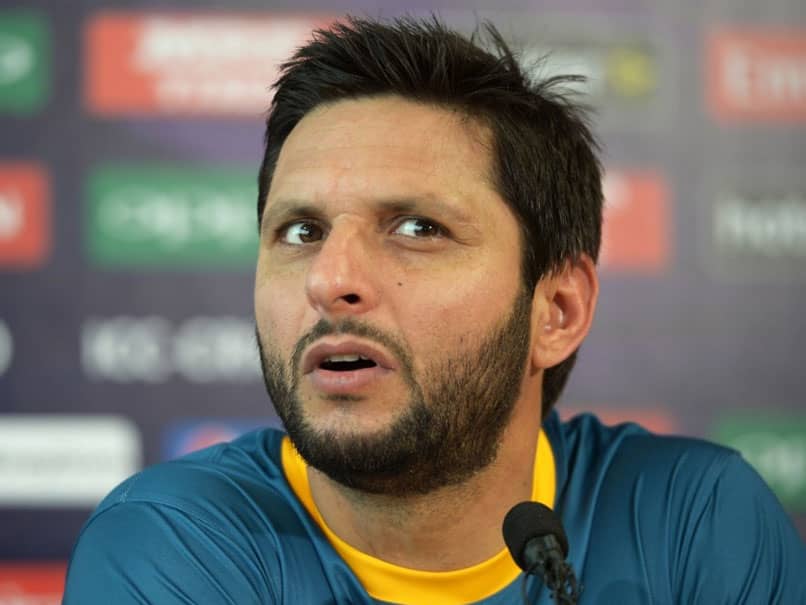 Shahid Afridi ended the mystery around his age in his autobiography.© AFP

Naseem Shah, the teenage Pakistan bowling sensation, became one of the youngest cricketers to play Test cricket when he made his debut in the ongoing first Test between Australia and Pakistan at the Gabba on Thursday. The 16-year-old, who opted to remain on tour after his mother died last week, had impressed with his eight-over spell against Australia A in Perth. However Naseem, who has only played seven first-class games, found himself in the middle of a controversy when Mohammad Kaif dug out a tweet from December 2018 in which well-known Pakistan journalist Saj Sadiq had mentioned that Naseem Shah was 17 years old at that time.

"Highly rated 17 year old pace bowler Nasim Shah who was signed by Quetta Gladiators for the Pakistan Super League has suffered a back injury. He is back in training and hopes to be fit for PSL4 #Cricket #PSL4," read Saj Sadiq's tweet.

Kaif shared the tweet with a sarcastic comment that read,"Looks a terrific prospect. But is 16 now, aging backwards i think".

Looks a terrific prospect. But is 16 now, aging backwards i think https://t.co/frlg06ZIFk

same case as afridi whose real age is still mystery for cricket fans.

He is living in Afridi years Kaifu!

Afridi ended the mystery around his age in his autobiography revealing that he was born in 1975 and not 1980 as the official records state.

"I was just nineteen, and not sixteen like they claim. I was born in 1975. So yes, the authorities stated my age incorrectly," Afridi has written in book titled 'Game Changer'.

As far as the match is concerned, David Warner pulverised Pakistan bowling attack with a brilliant 151 not out on the second day of the first Test on Friday.

Australia finished the day on 312 for the loss of just one wicket, 72 runs ahead of Pakistan's first innings total of 240.