Nick Compton tried to troll Shahid Afridi's achievement of 37-ball century in ODI cricket but Pakistan fans hit back at the English cricketer in a post on social media. 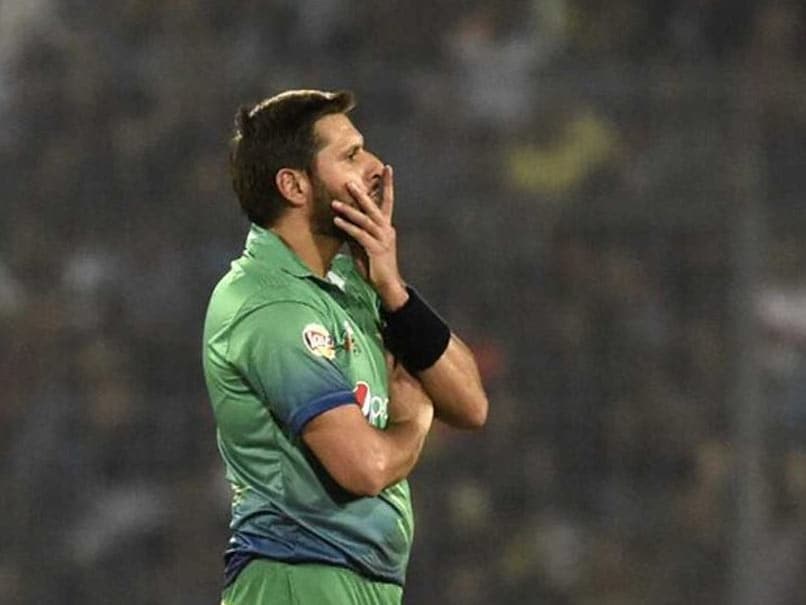 Shahid Afridi scored a 37-ball hundred against Sri Lanka in Nairobi in 1996.© AFP

Shahid Afridi, on this day, announced himself at the international stage by smashing a One-day International (ODI) hundred off just 37 balls against Sri Lanka back in 1996. It was Shahid Afridi's first hit in an international game and he finished with 102 runs off 40 balls. On ESPN Cricinfo's throwback post on Instagram, former England cricketer, Nick Compton tried to downplay Shahid Afridi's achievement with a witty reply. "And never scored a run thereafter," Compton replied on the post. Pakistan cricket fans did not take Compton's reply too well as they hit back at the English cricketer. 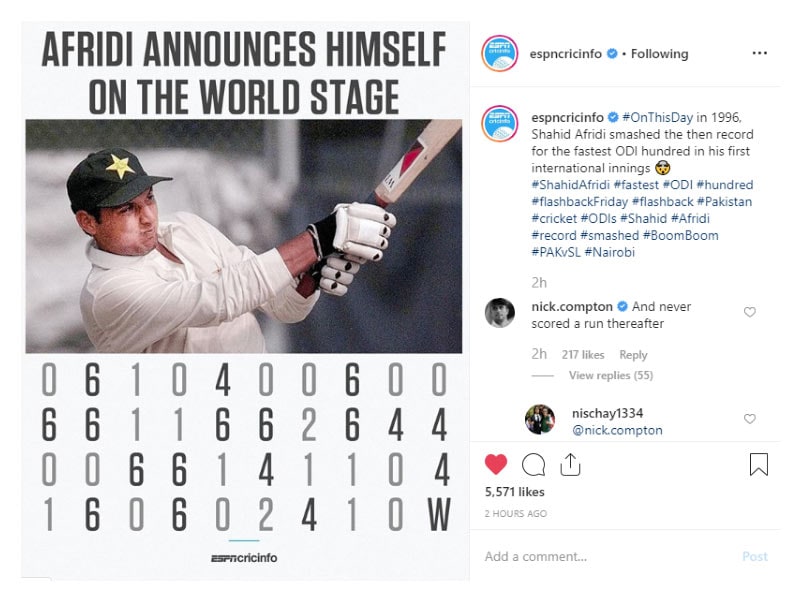 Pakistan fans were furious with Compton's comment and countered by reminding him about his own Test average of 28.

"Hardly anybody knows you", one fan commented.

In that match, Shahid Afridi played a swashbuckling knock of 102 runs of 40 balls. That innings included 11 huge sixes and six boundaries in Nairobi. Afridi's knock helped Pakistanregister an 82-run win over Sri Lanka.

New Zealand's Corey Anderson broke Afridi's record of 37-ball hundred after 18 years, when he smashed a century in 36 deliveries against the West Indies in 2014.

Corey Anderson's record lasted for just over one year as former South Africa captain, AB de Villiers entered the record books with a knock of 149 off 44 balls against the West Indies. In the process de Villiers smashed 100 runs off just 31 deliveries.

De Villiers smashed the West Indies' bowlers all over the park during his record-breaking innings in Johannesburg in 2015. The innings included nine boundaries and 16 hits that went over the fence.

De Villiers still holds the record for the quickest century in 50-over format.