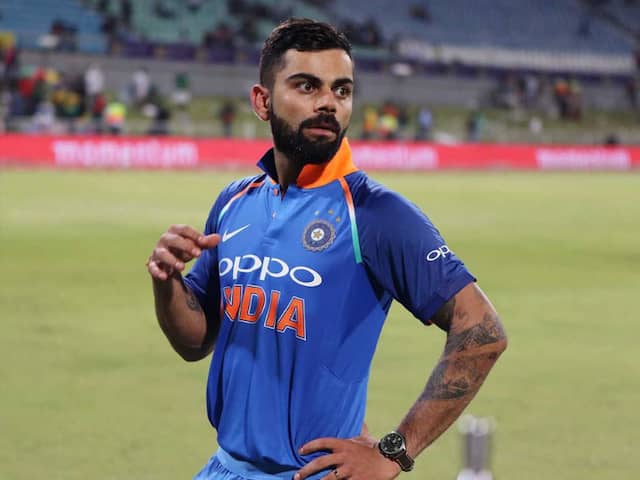 Indian cricket captain Virat Kohli on Monday showered praise on India after their thumping 9-wicket win over arch-rivals Pakistan. India rode on stellar centuries by skipper Rohit Sharma (111*) and Shikhar Dhawan (114) outclassing Pakistan comfortably. India reached the 238-run target in only 39.3 overs for the loss of a single wicket. After the match, several past and present cricketers applauded team India's efforts. Joining the bandwagon was Virat Kohli, who posted a congratulatory message to his team on his official Twitter account. "Well done boys. What a joy to watch.Great win for us. Onwards and upwards #INDvPAK #AsiaCup2018", he captioned.

Well done boys. What a joy to watch.Great win for us. Onwards and upwards #INDvPAK #AsiaCup2018

Skipper Rohit and his deputy Dhawan showed their mastery in white ball cricket with stylish hundreds as India took a giant stride towards summit clash of Asia Cup with a comfortable win against Pakistan. The victory was India's biggest win against Pakistan in terms of the number of wickets lost. Rohit and Dhawan flayed the Pakistan attack adding 210 runs for the opening stand to seal their second lopsided victory in the tournament in under 40 overs. It was Rohit's third successive fifty 50 plus score in the tournament with sequence being 52, 83 no and 111 no. Dhawan's is even more impressive with 127, 46, 40 and 114. One of the most fearsome opening pairs in ODI format, Rohit-Dhawan combination were helped by some ordinary bowling from Pakistan with equally sloppy fielding compounding their woes.

India take on Afghanistan in their final Super Four clash on Tuesday at the Dubai International Stadium in Dubai.