Pakistan fan, Adil Taj, revealed why he sang the Indian national anthem and his plans for the India vs Pakistan Super Four clash on Sunday. 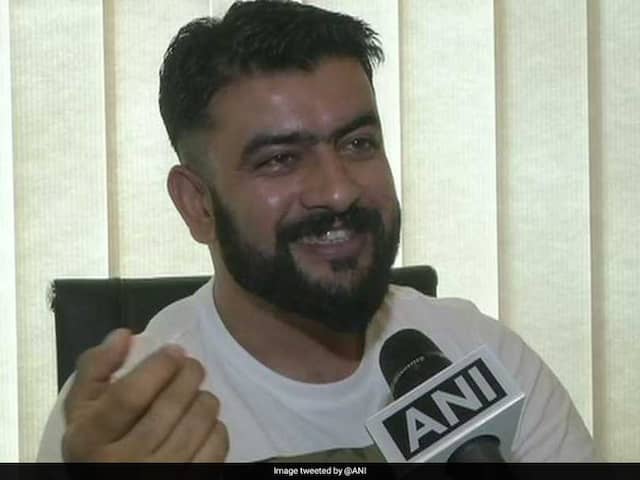 Adil Taj said the decision to sing the Indian national anthem was a small gesture of peace.© Twitter

An India vs Pakistan clash is always full of intensity on and off the field. Supporters of both countries follow their teams fervently. However, a Pakistan fan has become the darling of the social media after a video of him singing the Indian national anthem during the India vs Pakistan group stage match at the Asia Cup 2018 went viral. In the video, which has been widely shared on various social media platforms, the fan with the Pakistan flag draped around his neck, is seen singing the Indian national anthem word for word. On Saturday, the name of the Pakistan fan was revealed and Adil Taj opened up on why he sang India's national anthem in the stadium.

Some Indian fans were sitting with us in our enclosure. When our national anthem was played, I saw how they stood in respect & also clapped for it: Adil Taj, Pakistani cricket fan who was seen singing Indian national anthem before India-Pakistan match in Asia Cup on 19 Sept pic.twitter.com/Tey55NzRlR

Adil Taj said that it was a "small gesture towards peace" and revealed that he would carry both the India and Pakistan flags for the Super Four clash between the two countries at the Dubai International Cricket Stadium on Sunday.

I sang Pak anthem&tried my best when Indian anthem was played. Pak fans listened to it respectfully. It was small gesture towards peace...Plan on carrying both flags tomorrow: Adil Taj, Pak cricket fan who was seen singing Indian national anthem before India-Pak match in Asia Cup pic.twitter.com/SkCe0qDUVb

India kicked off their Asia Cup 2018 campaign on a high. First, they beat minnows Hong Kong by 26 runs and then registered a resounding eight-wicket win over arch-rivals Pakistan before thrashing Bangladesh by seven wickets in the first match of the Super Four stage.

With three wins in the trot, India go into the tie as favourites. Indian batsmen and bowlers have been firing on all cylinders but will need to guard against complacency, especially against the unpredictable Pakistan outfit.

Pakistan, meanwhile, survived a massive scare in their Super Four encounter against Afghanistan. In the end, veteran all-rounder Shoaib Malik got them over the line with three balls to spare and three wickets in hand.

Pakistan Cricket Team Asia Cup 2018 India vs Pakistan, Super Four - Match 3 Cricket
Get the latest Cricket news, check out the India cricket schedule, Cricket live score . Like us on Facebook or follow us on Twitter for more sports updates. You can also download the NDTV Cricket app for Android or iOS.