India will begin their Asia Cup 2018 campaign against Hong Kong on September 18. 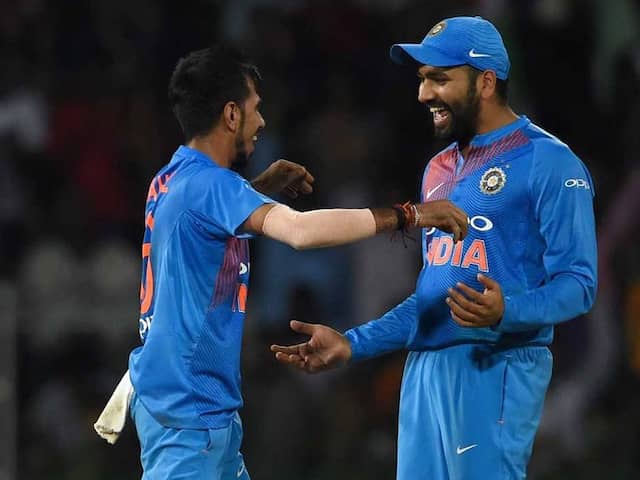 Rohit and Yuzvendra were dropped from India's Test squad against England.© AFP

Rohit Sharma will lead India in the forthcoming Asia Cup 2018 in the absence of Virat Kohli. Rohit Sharma, is also fondly called 'hit-man' for his ability to hit the bowlers over the fence, took to the nets as he began practising for the Asia Cup. But surprisingly for many, including his India teammate, spinner Yuzvendra Chahal, Rohit was seen playing some front-foot defence at the nets. Chahal wasted no-time to poke fun of the top-order batsman on his Instagram post and said, "Defence nahi karne ka bhau udane ka hai @rohitsharma45 bhaiya."

Kit up, pick your bat and focus on the next mission. #AsiaCup

Both Rohit Sharma and Yuzvendra Chahal had earlier failed to find a spot in India's squad for the just concluded England Test series. However, the duo returned to the 16-member India squad for Asia Cup.

India will begin their campaign against minnows Hong Kong on September 18. They will later take on arch-rivals Pakistan on September 19.

The Asia Cup 2018, over the course of a fortnight, will be played across two different venues in the United Arab Emirates (UAE) namely, Dubai and Abu Dhabi.

The tournament is divided into two different groups with India, Pakistan and Hong Kong placed in Group A.

India have been the most successful team in the tournament, winning the title six times.