Injury-prone Malinga was ignored by the Sri Lankan selectors since his last ODI appearance in September last year against India. 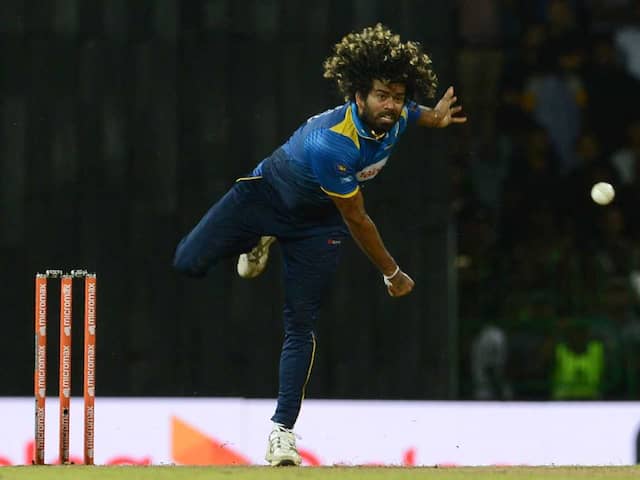 The Sri Lanka Cricket (SLC) on Saturday re-called their premier pacer Lasith Malinga in the 16-member squad for the Asia Cup 2018. Sri Lanka are placed in Group B alongside Bangladesh and Afghanistan. They will open their campaign against Bangladesh on September 15. Injury-prone Malinga was ignored by the Sri Lankan selectors since his last ODI appearance in September last year against India in Colombo when he took just one wicket for 35 runs. Sri Lanka lost the match by six wickets.

However, official sources said that he had impressed the selectors during an ongoing domestic T20 series and has now been included in the one-day squad for the Asia Cup tournament opening in the United Arab Emirates in two weeks.

Meanwhile, Niroshan Dickwella, Lahiru Kumara, Prabath Jayasuriya and Shehan Jayasuriya have failed to find a spot in the final squad.

Dinesh Chandimal, on the other hand has been recalled into the side following his six-match ban. Chandimal was ignored by the Sri Lanka Cricket for the series at home against South Africa.

Sri Lanka will be heading into the Asia Cup after clinching victory in the one-off T20I series against South Africa at home. They, however had lost the ODI series 2-3 against the Proteas.

Sri Lanka will be eyeing their sixth title at the 2018 edition of the Asia Cup. The last time Sri Lanka prevailed as the champions of the tournament was in 2014.

Lasith Malinga Cricket Asia Cup 2018
Get the latest updates on IPL 2020, check out the IPL Schedule for 2020 and Indian Premier League (IPL) Cricket live score . Like us on Facebook or follow us on Twitter for more sports updates. You can also download the NDTV Cricket app for Android or iOS.