Lasith Malinga was the pace spearhead for the Sri Lankan team for a long time. 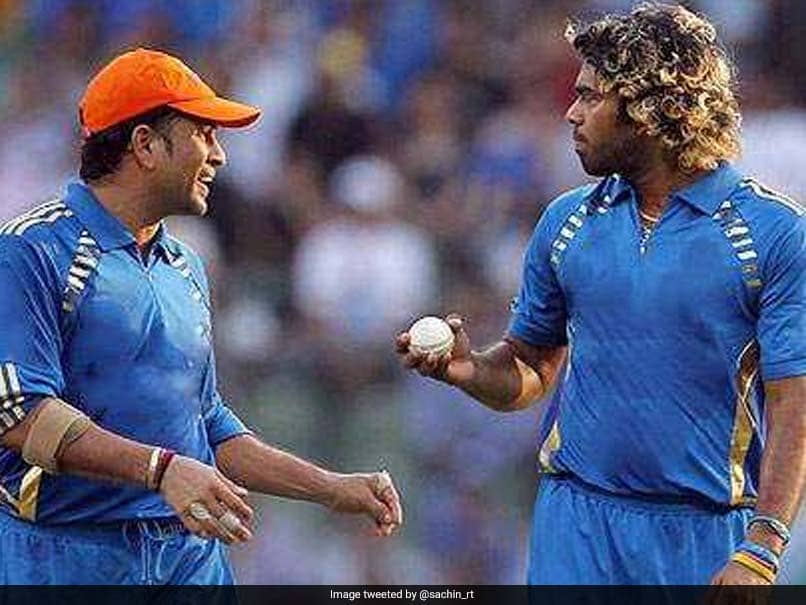 Sri Lankan pacer Lasith Malinga turned 35 on Tuesday and wishes poured in for the unorthodox bowler. Batting legend Sachin Tendulkar led the wishes brigade with his quirky and witty message for the Lankan speedster. "When it came to batting against #LasithMalinga, I always said ... baal ko nahin, ball ko dekho (don't look at the hair, look at the ball). Happy birthday, my friend", Sachin Tendulkar had captioned on his official Twitter account.

When it came to batting against #LasithMalinga, I always said ... baal ko nahin, ball ko dekho (don't look at the hair, look at the ball). Happy birthday, my friend. pic.twitter.com/OK0gYWOpLB

Tendulkar and Malinga were part of the Indian Premier League (IPL) side Mumbai Indians. Malinga, who is currently out of favour for his national team, was known for his fiery yorkers and his unorthodox bowling style. His bowling deceived top batsmen who used to succumb to his yorkers.

His bowling average in both One day Internationals (ODIs) and Twenty20 Internationals is exceptional. He has 301 ODI wickets at an average of 28.92 in 204 matches while his average in T20Is is 19.77 and has taken 90 wickets in 68 games. In the longer format, he has 101 wickets in 30 Tests.

He went unsold at the IPL auction and then opted for a stint as a mentor for the Mumbai Indians franchise.

Lasith Malinga Cricket
Get the latest updates on India vs Australia Series, check out the India vs Australia Schedule for 2020-21 and Ind vs Aus live score . Like us on Facebook or follow us on Twitter for more sports updates. You can also download the NDTV Cricket app for Android or iOS.