Virat Kohli The Best But Steve Smith On Another Level, Says Justin Langer

Steve Smith was in superlative form in the first Ashes Test, scoring centuries in both innings as Australia claimed a big win. 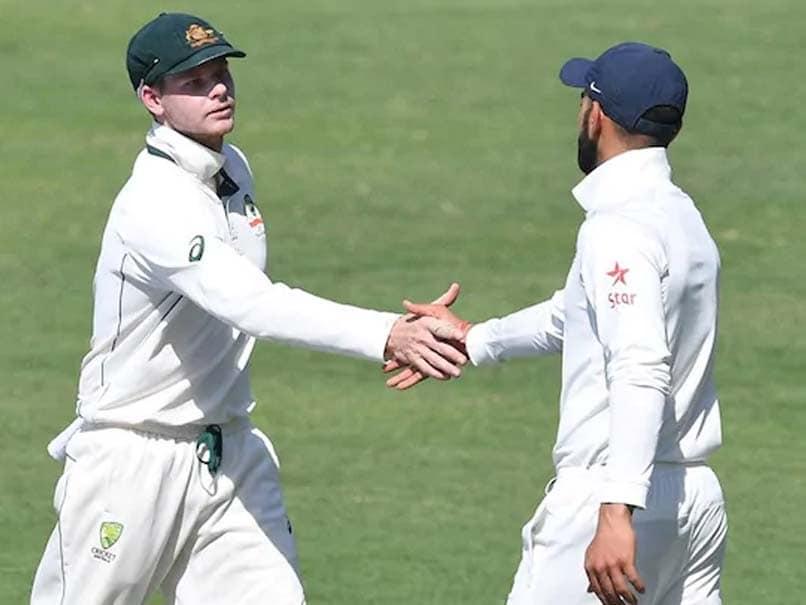 Steve Smith received words of praise from Australia coach Justin Langer after scoring back-to-back hundreds in the first Ashes Test in Birmingham. Justin Langer went on to compare the former Australia skipper with Virat Kohli, saying the Indian captain is "the best" but with his current form Steve Smith seems to be on "another level". Steve Smith scored 144 and 142 to help Australia beat England by 251 runs in the first Test and take a 1-0 lead in the five-match series.

"I said during the summer that Virat Kohli is the best player I have ever seen but that [Smith's knocks] is just another level," Justin Langer said as quoted by EspnCricinfo.

Smith made a comeback to the Test cricket after being banned for one year for his involvement in the ball-tampering scandal in South Africa last year.

Langer lauded Smith for coming out of the phase with great zeal and scoring in a victory cause for his team.

Smith named the Man of The Match award for his impressive knocks in the first Ashes Test. He surpassed India's Cheteshwar Pujara to claim the third position in the latest ICC Test batsmen rankings and closed in on Kohli and New Zealand skipper Kane Williamson.

The formerly top-ranked batsman is back above the 900-point mark along with Kohli (922) and New Zealand captain Kane Williamson (913). He started the Test in fourth place and with 857 points.

Steve Smith Justin Langer
Get the latest updates on ICC T20 Worldcup 2022 and CWG 2022 check out the Schedule, Live Score and Medals Tally. Like us on Facebook or follow us on Twitter for more sports updates. You can also download the NDTV Cricket app for Android or iOS.